All Blacks prop Tu’ungafasi could be sidelined for Tests 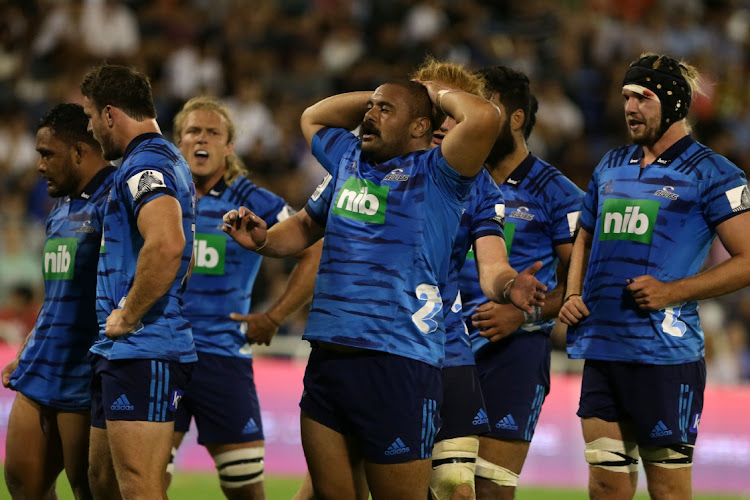 Ofa Tuungafasi of Blues, centre, and teammates react after their defeat during a a Super Rugby match between Jaguares and Blues at Jose Amalfitani Stadium in Buenos Aires, Argentina, March 2 2019. Picture: DANIEL JAYO/GETTY IMAGES

Melbourne — Auckland Blues prop Ofa Tu’ungafasi has been ruled out of the Super Rugby Trans-Tasman final against the Otago Highlanders on Saturday and is a doubt for the All Blacks July Tests against Tonga and Fiji as he prepares to undergo knee surgery.

The 39-Test forward missed last week’s match against Western Force while battling knee and hand problems and had been unable to recover sufficiently, the Blues said.

The All Blacks play Tonga on July 3 before Tests against Fiji in Dunedin (July 10) and Hamilton the following week. Blues loose forward Tom Robinson, who was stand-in captain for the absent Patrick Tuipulotu, has also been ruled out of the Trans-Tasman clash at Eden Park due to a head knock.

Akira Ioane has taken Robinson’s place on the blindside flank in the Blues’ only change.

“It’s sad for Ofa, who is our longest-serving current player, while Tom has led us well this year when Patrick was injured,” Blues coach Leon MacDonald said in a team release. “The boys will be determined to do well for them on Saturday.”

Flyhalf Otere Black was cleared to play after suffering a knock at training earlier in the week. The Highlanders go into the inaugural Trans-Tasman final unchanged after thrashing the Brumbies 33-12 in Canberra.

The Highlanders won their last clash with the Blues 35-29 in Dunedin during the Super Rugby Aotearoa tournament but were thumped 39-17 when they faced them at Eden Park in March.

“That last result gives us a bit of confidence going into this game,” Highlanders flanker Billy Harmon told New Zealand media on Thursday. “We know what we need to do to stop them, but on the other hand we know that if we don’t get it right we know how good they can be.”