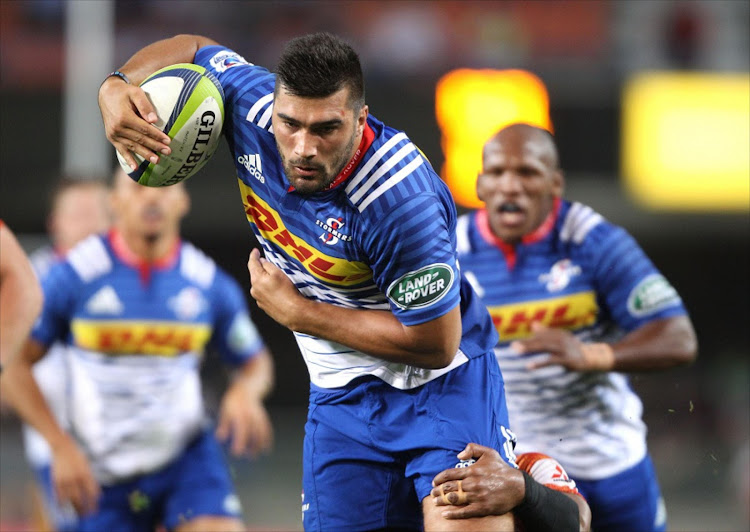 Springbok centre Damian de Allende has played down fears he could miss the British & Irish Lions series after he was burnt in a firepit accident on Saturday along with three other Munster teammates.

De Allende and Springbok lock RG Snyman were with Irish internationals Mike Haley and CJ Stander when petrol was poured onto the fire, causing an explosion.

World Cup winners De Allende and Snyman sustained burns to their legs, hands and face, but after treatment in hospital the Bok centre says there are no fears of him missing the Lions series.

“We were just sitting around the fire and one of the boys threw a bit of petrol over [it] and then it caught his hand,” De Allende told SuperSport.com on Tuesday, without revealing the culprit.

“He just tried to put it [the petrol can] down on the floor and then the whole thing caught alight and exploded.

“They thought it was a lot worse when we went into hospital on Saturday night but when we saw the specialist on Sunday he said it wasn’t as bad as they got told. We should be OK in a few weeks.”

De Allende is an integral part of the Bok side and would be sorely missed if not available. Snyman is already in doubt for the series as he recovers from a long-term knee injury, but he was included in the 46-man squad named by coach Jacques Nienaber on Saturday.

The Boks play the Lions on three consecutive Saturdays from July 24.

Meanwhile, England’s Kyle Sinckler said his late call-up to the British & Irish Lions squad for the SA tour was a “massive shock” after he missed out on the initial selection in May.

Lions head coach Warren Gatland added Sinckler to the squad last weekend to replace tighthead prop Andrew Porter, who was ruled out due to a toe injury.

Sinckler was in the Lions squad for the 2017 tour of New Zealand but was among the notable absentees when the initial 37-member squad was named.

“It has been a month since the announcement and the emotion from not getting selected and then getting selected again. Life is crazy, isn’t it?” Sinckler told British media. “You just have to roll with the punches.”

The 28-year-old said he did not want “to be a victim” after being initially left out and vowed to make the most of his late entry for the July-August tour.

“Now it’s about not losing yourself in terms of everyone telling you how great you are,” he said. “I didn’t get selected in the first place because obviously I wasn’t good enough and so I need to improve.”

The Lions play Japan at Murrayfield in Scotland on June 26 before travelling to SA.