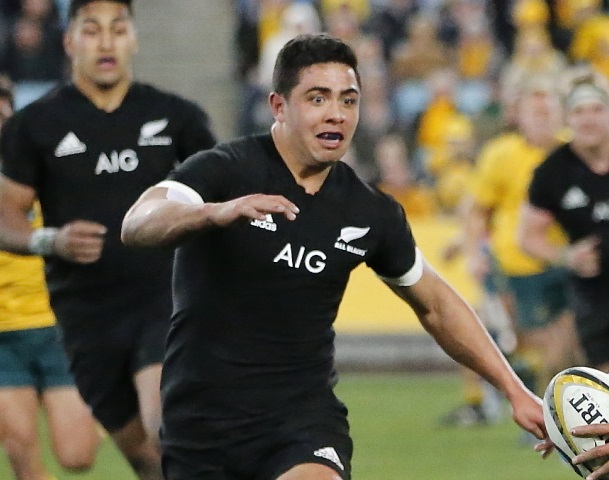 Sydney — Anton Lienert-Brown, Kaleb Trask and Chase Tiatia all scored two tries each as the Chiefs sealed a 36-26 victory over the Rebels at Sydney’s Leichhardt Oval in Super Rugby Trans Tasman on Sunday.

The win moves the Chiefs onto 14 points from their first four matches but, after missing out on a bonus point, their already slim hopes of a place in the final on June 16 diminished further.

Leichhardt Oval hosted the game after Covid-19 restrictions in Melbourne led to uncertainty over travel between Victoria and New Zealand, which saw organisers shift the game from Hamilton to Sydney.

Despite losing home-field advantage, the Chiefs raced into a commanding lead with Trask scoring his side’s opening try in the 16th minute after Shaun Stevenson had seen his earlier effort ruled out.

Bailyn Sullivan had a try cancelled out before Lienert-Brown scored twice in quick succession, using his pace to leave the Rebels defence in his wake. But the Rebels finally got on the scoreboard 12 minutes before the break when Isi Naisarani scored the first of his tries as the Rebels’ scrum pushed the New Zealanders back over the line.

Carter Gordon set up Stacey Ili when he ran onto his own grubber kick before offloading, and Naisarani pushed over again a minute before the break for the Rebels to level the scores at halftime.

A try from Tiatia and a second for Trask re-established the Chiefs’ lead only for Andrew Kellaway to pull one back for the Rebels, setting up a potential grandstand finish.

However, Tiatia crossed the line for his second of the day 16 minutes from time to give the Chiefs victory but, having missed out on the bonus point, they must now rely on a series of unlikely results to book a place in the final.

The Brits and Irish are coming to SA, and no one can predict what is going to happen
Sport
2 weeks ago
Next Article