Wing will play against some familiar faces at Loftus Versfeld 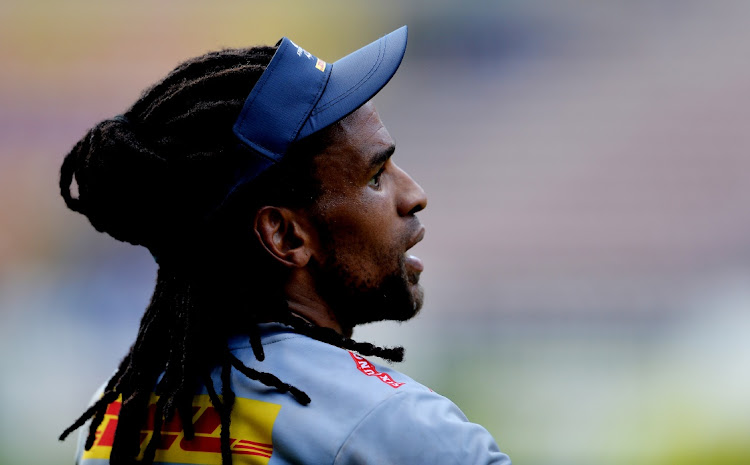 As expected‚ Rosko Specman will be unleashed against his former teammates when the Stormers run out against the Bulls at Loftus on Friday night.

Specman‚ who is at the Stormers on loan from the Cheetahs‚ is one of four changes to the starting line-up for their Pro14 Rainbow Cup SA clash. He will be familiar with most of the Bulls having left the franchise in 2020.

The player‚ who joined the Stormers at the start of the week to get valuable game time in elevated company‚ comes in on the wing‚ while Tim Swiel’s introduction at flyhalf is the only other change in the back division from the team that downed the Sharks in Durban.

The two changes in the pack come in the form of David Meihuizen at lock for JD Schickerling‚ who picked up an ankle injury in training this week‚ while Neethling Fouche cracked the nod at tighthead prop ahead of Frans Malherbe.

Stormers’ coach John Dobson pleaded for accuracy from his squad on Friday. Not that they need reminding as it is a commodity visitors to Loftus need in abundance. “We know it will take a clinical performance to get the win on Friday and we are up for the challenge‚” said the coach.

His comments may relate to the team’s performance in their last clash against the Bulls in Cape Town. On that occasion the Stormers dominated but were met with a persistent and committed Bulls’ defence. It did not help that the Stormers coughed up possession in crucial areas‚ at vital times.

“We want to push ourselves to deliver our best rugby for the full 80 minutes as we know that we are an even better team than we have shown in this competition‚” Dobson said.

A win for the Stormers would put them right back in contention for top honours in this section of the competition. The Bulls lead the Stormers and the Sharks by four log points but with two rounds remaining‚ the visitors to Loftus have a lot to play for.

Head coach John Dobson has no doubt the tough, versatile players have a lot more to offer
Sport
3 months ago
Next Article