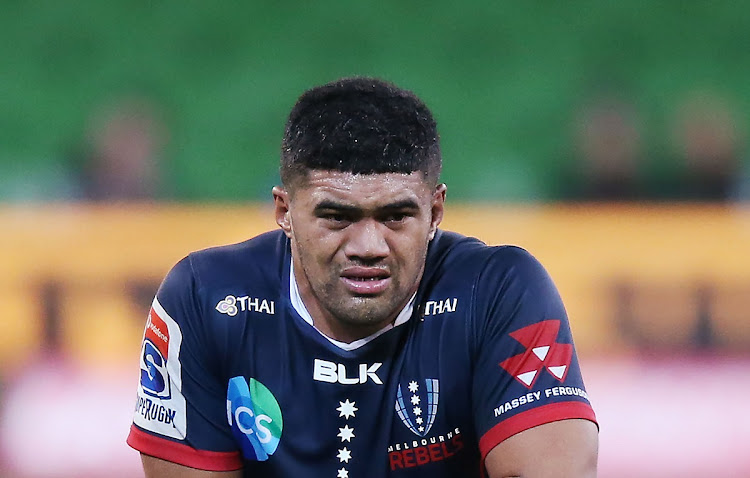 Sydney — The Otago Highlanders made the Melbourne Rebels pay for Jordan Uelese’s ill discipline on Sunday, scoring three tries against the Australians while the hooker was in the sin bin to seal a 42-27 win in Sydney in Super Rugby Trans-Tasman.

The Rebels, who have yet to win in the competition this season, briefly took an unexpected one-point lead early in the second half when George Worth slotted over his penalty from near the halfway line.

But after Uelese was shown the yellow card for kicking the ball away, the Highlanders took control, with a penalty try putting them back in front before scores from Josh Dickson and Jona Nareki effectively clinched the game.

Nareki’s 55th-minute effort was the best of the day, the winger picking up his own astute kick into the Rebels back field before sprinting over the line.

The Highlanders had made a blistering start, with Michael Collins touching down in the first minute and Mitch Hunt converting to give the New Zealanders an early seven-point lead. The advantage was increased when Sio Tomkinson finished off a flowing move in the corner, but the Rebels refused to be disheartened.

Their determination paid off as Marika Koroibete charged over the line 13 minutes before the break. With a minute left on the first-half clock, Cabous Eloff bulldozed through for a try that Matt Toomua converted to leave the Rebels trailing by just two points at halftime.

Worth’s penalty put the Rebels in front before the Highlanders’ three-try run with Uelese off the field and the New Zealanders held on when Billy Harmon was given a yellow card, conceding a solitary try as Matt Gibbon drove over the line.

Koroibete scored his second try three minutes from time, but Harmon’s late effort ensured the Highlanders claimed a win that moves them into fourth place ahead of the Chiefs.

Head coach John Dobson has no doubt the tough, versatile players have a lot more to offer
Sport
3 weeks ago