Stormers huff and puff but fail to get across the whitewash 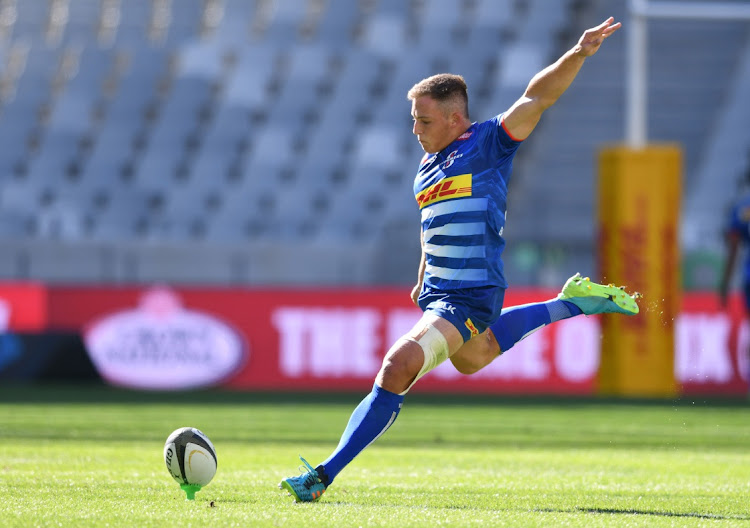 The Stormers’ lack of ruthlessness will more likely draw comparisons with the wolf in Little Red Riding Hood than the ones from Wall Street.

They again dominated large swathes of a rugby match‚ huffing and puffing at their opponents’ try line without delivering the decisive blow.

After the Sharks did the same a week earlier‚ this time it was the Bulls who were left standing at Newlands as they denied the Stormers in a 20-16 Rainbow Cup SA win.

The Stormers again did the hard yards but their lack of composure in key areas left them exposed. That failure to execute is becoming a recurring theme for John Dobson’s side.

To be fair‚ they have been injury ravaged and the absence of key personnel in the spine of the team has proved debilitating.

Yes‚ they had their world champion front row and were rewarded for that, but the absence of Salmaan Moerat‚ JD Schickerling‚ Juarno Augustus‚ Herschel Jantjies‚ Kade Wolhuter and Ruhan Nel came to bite them at crucial times against the Bulls. To make matters worse they lost Marvin Orie before the break leaving their line-out script to flutter in the wind.

“They were without two specialist line-out callers. There aren’t too many teams in the comp that can lose two guys like that and still have a solid line-out. It was an area that we were going to target‚” Bulls coach Jake White said.

The Stormers deserve kudos for staying in the contest‚ not allowing the Bulls to break their spirit.

In fact‚ they could have won the match in the closing minutes had they showed more composure.

“We worked hard. We certainly had enough opportunities to win it. In the second half we were 35% of the time in their 22. Our conversion rate there was very poor‚” said Dobson.

In the area of game management the Bulls established a clear advantage with Morné Steyn pulling all the right strings. By contrast Stormers’ pivot Abner van Reenen struggled to impose himself on the contest.

“He has not played a lot of rugby over the last year and a bit‚” said Dobson. “To put him in a high pressure game like this is putting him under a bit of stress. He was very nervous before the game. There is certainly a lot to work on.”

In the bigger scheme of things the same applies. The Stormers have now lost two successive home matches but have the opportunity to claw back some ground lost this weekend against the hapless Lions. Their troubles, however‚ persist in that they need more players out of the infirmary and in the thick of things.

“It is pretty severe‚” Dobson said. “You take Salmaan‚ JD and Marvin, all international class locks out of the game. Salmaan’s situation is the same. He will have his neck looked at. Godlen Masimla dislocated a finger badly. He will be out for a while but Herschel is back next week.”

Dobson believes his players should not read too much into the 20-16 defeat and that they have much to build on.

Those foundations are being exposed to the elements longer than they ought to.

Greenbacks and gold could be the next team colours — but will fans cheer?
Life
2 months ago