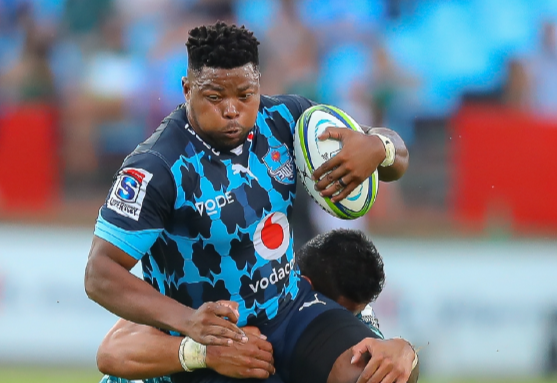 Bulls prop Lizo Gqoboka will use the Rainbow Cup SA to gain full match fitness and catch the eye of the Springbok selectors ahead of the British and Irish Lions tour in July and August.

The Bulls kick off their Rainbow Cup campaign against the Lions at Loftus Versfeld on Saturday as the SA teams return to competitive action this week. In another first-round Rainbow Cup game the Sharks will take on the Stormers in Cape Town on Saturday.

For Gqoboka‚ who is back to full fitness after injury setbacks‚ his mission is to help the Bulls do well in this short tournament while also hoping for a return to the Boks to add to his two caps.

“Every athlete or rugby player would like to play against the British and Irish Lions because it is such a massive privilege‚” Gqoboka said.

“It comes once every 12 years‚ so to even have an opportunity to be more likely to be involved is a blessing and definitely a motivating factor to work hard and give myself a big chance to make the team.

“That’s what I am focusing on at the moment‚ just getting fit and making sure that I do well here at the Bulls and hopefully the Springbok selectors will get me in.”

Gqoboka said he is in good condition for the Rainbow Cup and the same goes for the rest of his teammates‚ who had a good preseason.

“I feel like I am better than when I played a few games during the Currie Cup. I have worked hard on my conditioning and I don’t have any injuries. I am just excited to have the opportunity of getting back on the park and expressing myself‚” he said.

“We are in a good space as a team. We have had a couple of weeks of preseason where we worked hard on our processes. We are confident that we are ready for the tournament and it is exciting to get to play some rugby after a lot of uncertainty.”