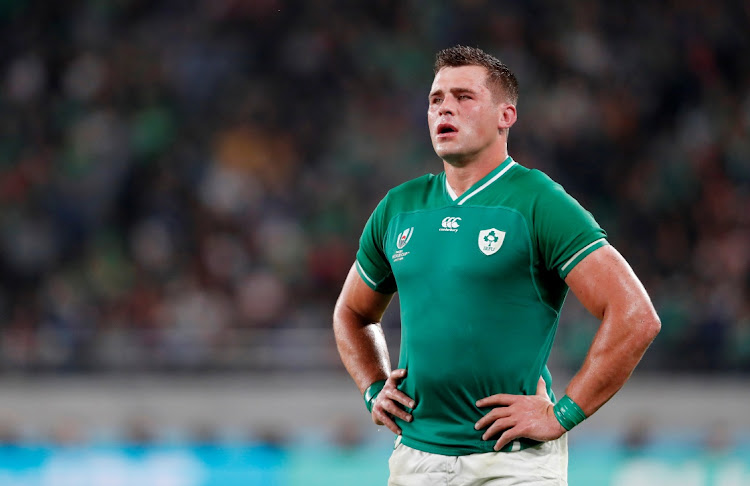 Ireland’s SA-born flanker CJ Stander on Tuesday surprised by announcing he would retire from all forms of rugby at the end of the season, just days after winning his 50th international cap.

Stander, 30, made his Ireland debut against Wales five years ago and won his 50th cap in Sunday’s 27-24 Six Nations victory against Scotland. He was part of the side that won the Six Nations title in 2018.

Stander said he arrived at the decision during Ireland’s Covid-19 lockdown and plans to return home to SA.

“I came to the realisation that my commitment to rugby has started to take an unfair toll on my family, who both in Limerick and SA have made considerable sacrifices for more than 25 years to allow me to live my dream,” Stander said in a statement.

“I am not saddened by my decision. I’ve had a full and utterly enjoyable rugby career, and I can now look back on a journey that offered me rewards, memories and surprises beyond anything I could have scripted for myself.”

Stander joined Munster in 2012 on a two-year contract from the Blue Bulls. He went on to make 150 appearances for the Irish club, winning their Player of the Year award three times

“What a fantastic player and person CJ has been for Munsterrugby and @IrishRugby — thanks and respect,” Ireland’s foreign minister Simon Coveney said on Twitter.

Stander, who toured with the British & Irish Lions to New Zealand four years ago, said it was during “a freezing training session at Munster towards the end of 2020” that he realised he had entered the final stretch of his career.

“I always had the intent to retire while I was still playing some of my best rugby. I also knew I wanted my daughter Everli to grow up around her family in SA,” he said.

Stander will be available to represent Munster until his contract expires in June, and for international duty until the end of the midyear Test window.