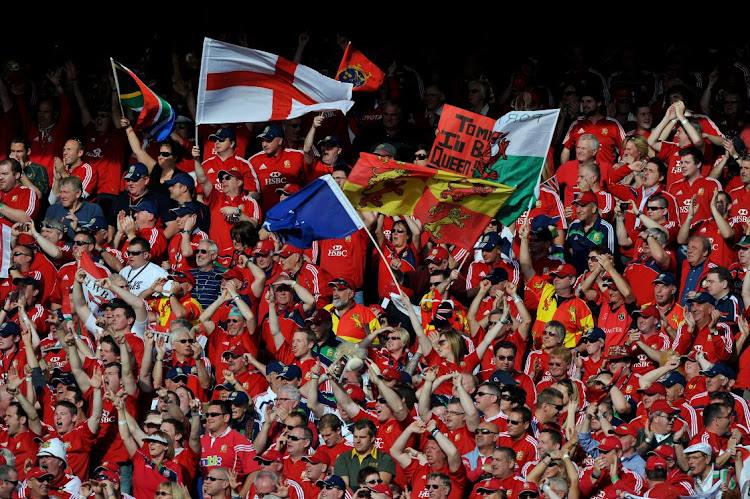 The local rugby industry is already counting the cost of the Springboks possibly playing the British and Irish Lions in the UK later this year.

One hospitality operator predicted doom and gloom for elements of his industry in the event of the series being moved from SA because of Covid-19.

Indications are strengthening by the day that the Test series‚ scheduled to kick off in July, will take place in the UK.

The Lions‚ The Times in London reported‚ are said to have secured financial guarantees from the UK government for the tour to be played there.

“A bid by the British and Irish Lions for financial guarantees from the government for a home series against SA has won the backing from ministers who think it could be a uniting force for the UK now that Scottish independence is back on the political agenda‚” the paper reported.

It is estimated the SA Rugby Union (Saru) would have banked about R500m if the tour was held with gates open in SA. While a Lions series played in the UK will still generate valuable income for the cash-strapped federation‚ it will be a blow to the SA economy.

SA Rugby president Mark Alexander said previously that the country would generate more than R6bn in direct and indirect spend during the Lions tour.

Local hospitality operators will be particularly hard hit if the tour is moved to the UK.

Steve Braham, head of SWB Sports, said that while  operators like him expect to be reimbursed for money spent on tickets‚ they will be left out of pocket if the series is not played in SA. He said his company had acquired about 600 tickets a game.

“There are businesses that will go belly up‚” he said. “If we don’t go belly up we’d still have to ask the question whether it is worth keeping our doors open because what is happening after the Lions tour?

“We are not going to recover from it because the next event may be the Proteas versus Pakistan or something sparkling like that.

“There is a huge amount of work that has gone in over the past two‚ three years. We’ve got deposits on hotels‚ hospitality venues. The people who sell flags and other items outside the ground‚ the people who make hamburgers, et cetera, will all be negatively affected.”

Braham said the Lions‚ through the all-powerful home unions‚ are riding roughshod over Saru. “They look at SA thinking they can dictate terms and kick it into the dirt.”

Saru’s event services (SARES) meanwhile have put stakeholders on notice about the rules that will apply should matches or the tour be moved.

“SARES reserves the right to make alterations to the time‚ date and venue of any match or event. It is the responsibility of the client to ascertain whether a match has been postponed‚ rescheduled or cancelled and ascertain any new dates‚ times and venue.

“Should the event‚ due to force majeure or for any reason beyond SARES’s reasonable control, be cancelled more than 10 days prior to the event, SARES undertakes to refund full purchase price of the hospitality package,” it said.

Playing in empty SA stadiums is commercially unviable, hence the increased talk of staging event in Britain
Sport
1 month ago