Now we know the Pumas, says All Blacks assistant

New Zealand have not lost three successive Tests since 1998 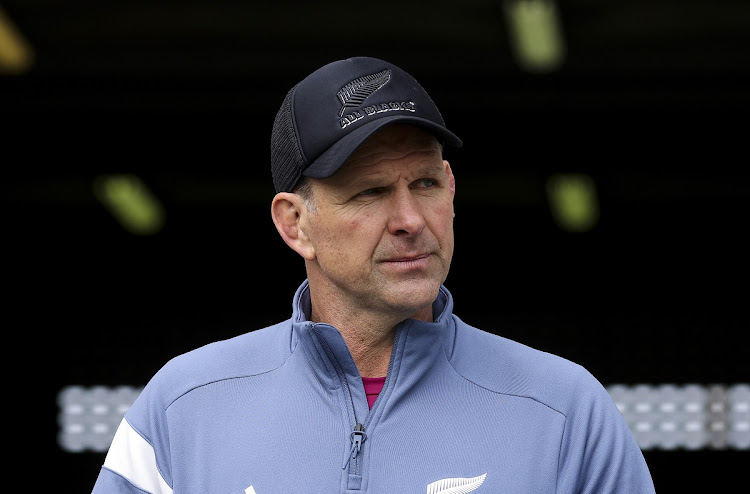 Wellington — Argentina will not have the element of surprise on their side in Newcastle on Saturday when they try to repeat their shock Tri-Nations win over New Zealand, All Blacks assistant coach John Plumtree says.

The Pumas produced a superb defensive effort and dominated the collisions to record a 25-15 victory against the All Blacks two weeks ago. That defeat came after the All Blacks had lost 24-22 to Australia the week before, with the back-to-back defeats putting new coach Ian Foster and his staff under pressure.

The All Blacks have not lost three successive Tests since 1998, when they went on to drop five in a row.

The Pumas followed up their first-ever win over New Zealand with a 15-15 draw against the Wallabies last week when they seemed content to allow the Australians to play all the rugby and put them under pressure to earn kickable penalties.

“We know what the Argentinians are all about now,” Plumtree told reporters on Tuesday. “We’ve seen them play twice, and we’ll see how we get on against them on the weekend.”

The All Blacks were heavily criticised for a lack of penetration in their backline against the Pumas in Sydney on November 14 and seemed unwilling or unable to change their game plan to get through the stifling defence.

“When the All Blacks get beaten it’s when defences dominate our attack,” Plumtree said. “We do see opportunities, but we’ve got to be good enough to take those opportunities and see that space and look to get the ball to that space.

“That’s not just running the ball, it’s also kicking and applying pressure in different parts of the game.”

Plumtree suggested there might be some changes to personnel on Saturday, with loose forwards Akira Ioane and Hoskins Sotutu looking the most likely to get the nod with the side needing more physicality and both players impressing in their opportunities so far.

Internal pressure spurs the All Blacks on, says Patrick Tuipulotu

Brickbats are unfounded and few people really know what the team is going through, skipper says
Sport
5 months ago
Next Article