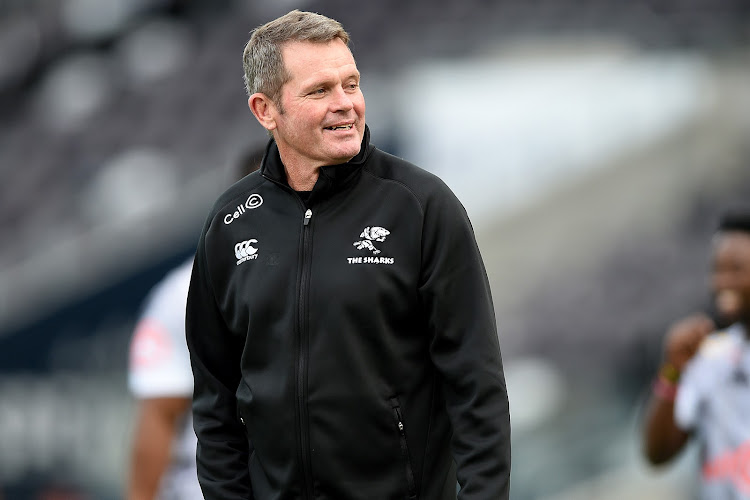 Covid-19 continues to loom large over SA sport after the Sharks became the latest team to be afflicted by the virus.

Ahead of Friday’s Super Rugby Unlocked clash against the Griquas in Kimberley‚ the Sharks have one player who tested positive while two were in close contact with him.

“It didn’t really affect our preparations. We trained well together on Monday and we had no idea of who was going to play on Monday. We had a training session late in the afternoon.

“It also worked out well because of all the rain‚ the fields were waterlogged. When they dried up‚ we had a chance for a very good training session‚” Everitt said.

“You can never know how many people have been infected‚ so we’ve done analysis of our training on Monday and fortunately there wasn’t a lot of contact. That reduced the number of guys who came into contact with the player. Sometimes‚ these situations are out of your control and you just need to focus on the job at hand.”

From a match-day perspective‚ Kerron van Vuuren returns to the starting berth at hooker while Thembelani Bholi gets a start at flank. Anthony Volmink will make his Sharks debut at fullback while loosehead prop Khwezi Mona is set to make his debut from the bench.

The Sharks‚ who were led by Henco Venter in their 19-13 win over the Cheetahs last week‚ will be captained by centre Jeremy Ward with Cameron Wright‚ who was with the Southern Kings‚ returning as scrumhalf cover in the injury-enforced absences of Grant Williams and Jaden Hendrikse.

Everitt said their collective preparation for a match allow players to step in seamlessly in the event of illness and injuries. However‚ he did not underestimate a Griquas team that’s had a tendency of upsetting the Sharks.

“Everyone prepares for the game as if they’re all going to play. It hasn’t disrupted our plans. If anything‚ we have an opportunity to start with a guy like Thembelani Bholi‚ who has made an impact off the bench in the last two weeks. We know the Griquas in Kimberley are always a difficult proposition‚” Everitt said.

“Even though they played the Bulls away‚ they were competitive for large stretches of that game and it was only in the last 10 minutes where they [the Pretoria side] really got some ascendancy on them.

“We’re under no false illusions as to what to expect from them. They gave us a good beating in Durban last year and that remains fresh in our players’ minds.”

Their chances of winning the title hangs by the thinnest of threads, but the Western Cape players still see a glimmer of hope
Sport
10 months ago

Mentor says despite the pain of losing, they are proud of the character shown by the players
Sport
10 months ago

Rassie’s place in the sun

Archie Henderson takes a look at ‘Chasing the Sun’, the documentary series about the Springboks’ path to 2019 World Cup victory
Life
10 months ago
Next Article