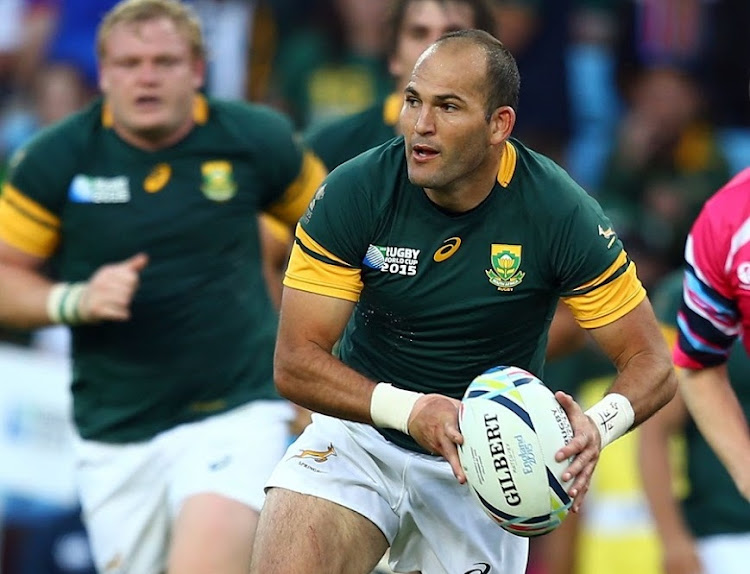 Du Preez agreed to be part of Jake White’s back-room staff earlier in October as coaching consultant on a part-time basis. His work is mainly with Bok scrumhalves Van Zyl and Embrose Papier.

“It’s just nice because we are learning a lot‚ especially when it comes to the technical side of things. We are always learning a lot regarding how you get the forwards into the game and many other smaller details.

“Someone of his calibre is the only one who can teach you any of those things and it is the small things that make a big difference when you play at this level. We are fortunate to have him working with all the scrumhalves here at the Bulls. I am very excited for the journey that lies ahead as we look to continue improving every week,” Van Zyl said.

The Bulls are preparing for a visit by the Stormers this weekend after their good win over the Sharks last weekend in which they conceded only one try. Van Zyl wants them to continue being watertight.

“We were very happy with our defensive play against the Sharks because whenever you get the combination of scoring six tries and only conceding one‚ it is massive‚” he said. “From a defensive point of view, we are very happy.

“I think at the end defence is the thing that makes you more consistent and gives you more opportunities to win. As a team, we pride ourselves on that and we will just continue to work and obviously this weekend is different opposition with different players.

“We will have to be at our best but we take confidence from our defensive effort against the Sharks and the way we are defending at the moment.”

Van Zyl said they have bought into the new defensive system under coach Joey Mongalo, who has brought new energy to the team.

“The basics in all facets of the game don’t normally change much but he has brought new energy and everyone is eager to learn every week. There are no egos‚ we are all ready to learn and get better every week.”

What does it take to write a good rugby book? Eddie Jones and Donald McRae show how it’s done
Life
1 year ago

Embrose Papier will become one of the world’s best, says Bulls coach

The 21-year-old will be a key Super Rugby player for the team, who are chasing an elusive place in the knockout stages
Sport
2 years ago

Pieter-Steph du Toit is rugby player of the year again