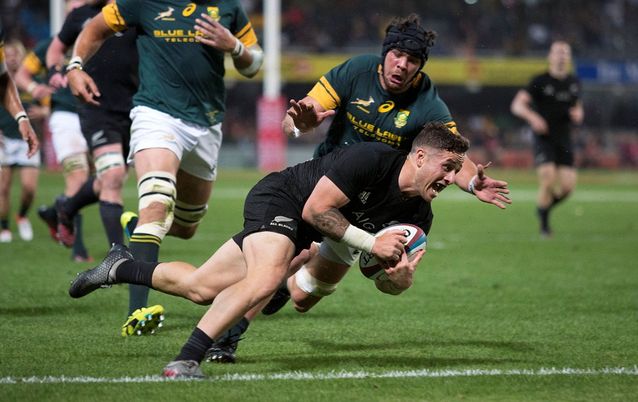 Wellington — The Hurricanes held off a hard-finishing Highlanders for a 17-11 Super Rugby Aotearoa victory on Sunday hailed as “massive” by captain TJ Perenara.

The Hurricanes were cruising at 17-0 ahead, commanding more than 66% of possession in the second half, before the Highlanders came to life.

The visitors were within striking distance of snatching an unlikely victory as the clock ticked down but lost their own throw at a line-out, which allowed the Hurricanes to hang on.

The three-tries-to-one win moved the Hurricanes past the Highlanders into third place halfway through the domestic version of the southern hemisphere club championship featuring five New Zealand teams.

Unbeaten Crusaders, the Super Rugby champions for the past three seasons, are the runaway leaders with their 26-15 win over previously unbeaten Blues on Saturday, putting them on 18 points with a perfect four wins from four outings.

The Blues have 12 points followed by the Hurricanes on eight, the Highlanders on six with the winless Chiefs on three.

The Hurricanes dominated by employing Ardie Savea, Asafo Aumua, Ngani Laumape and Vince Aso as battering rams to tie up the Highlanders defence.

Perenara admitted there were still problem areas that need to be addressed, not least turning the ball over sloppily.

“What we will look at is we are giving away a lot of penalties that are getting teams up to our end of the field which is hurting us,” he said.

Both sides had tries scrubbed out because of obstruction in the early skirmishes. It took until the 28th minute for Perenara to open the scoring when he neatly sidestepped his fellow All Blacks scrumhalf Aaron Smith and strolled 10m to the line.

Jordie Barrett orchestrated the second try with a long pass to Kobus van Wyk to score in the corner.

The Hurricanes turned with a 12-0 lead and were quick to build on it when play resumed. After battering into the Highlanders defensive wall for more than five minutes they eventually found a crack for flanker Devan Flanders to dive through.

At 17-0 down, the Highlanders began their comeback with a Mitch Hunt penalty and a try from Smith, who ducked around the short side of a line-out maul to reduce the deficit to nine points.

A Hunt penalty seconds from the full-time hooter secured a bonus point for the Highlanders and gave them one last chance to snatch victory but they turned over the ball soon after the restart.