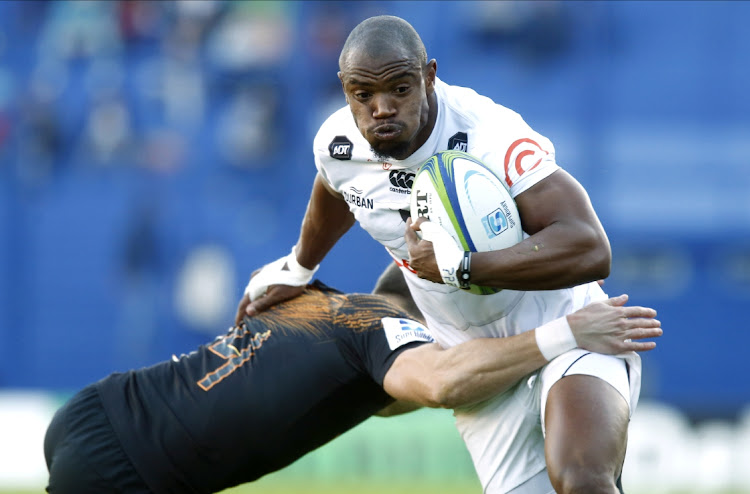 With Super Rugby Aotearoa in full swing and playing in front of packed stadiums in New Zealand‚ SA players can only watch as their New Zealand counterparts get critical match fitness under their belts.

With rugby classed as a contact sport‚ there is little hope of a return to play in SA until at least level 1 lockdown.

Whether that happens in the short term remains to be seen as SA’s Covid-19 infections and death rates continue to rise.

Sharks wing Makazole Mapimpi said he watched enviously as New Zealand completed two rounds of their Super Rugby tournament. While there have been new recent infections in New Zealand‚ the country has been able to curb the spread of the disease.

“I’ll be honest‚ I’m envious of the New Zealand teams who have returned to action. I miss rugby and I think we all do because we love the game and this is our livelihood‚” Mapimpi said.

“I love being on the field‚ but we have to understand what’s going on. When you love your job‚ you always want to be there.”

Mapimpi‚ though‚ is aware of the society-wide impact of Covid-19 and how badly it has affected the country.

“We’re not the only ones who have been struggling with lockdown. There are some countries that have shown excellent signs of recovery‚ but at least‚ some people have been allowed to go back to work. It’s tough‚ but it is what it is.”

The Sharks were top of the Super Rugby log when sport was halted in March after the Durban side had beaten the Stormers 24-14 at Kings Park.

Mapimpi scored in that game and with the Sharks exhibiting excellent form‚ they were looking a good bet to go all the way to the final. They had won six of seven games‚ but were in need of a break. They were due to host the Chiefs in the following week before going on a well-deserved bye, but the Covid-19 pandemic put paid to that.

Mapimpi said they were on form‚ but predicting they would have gone all the way was going to be tricky as there was a lot of rugby still to be played.

The Sharks still had to visit the other SA teams while also having to travel to the Jaguares. Their last league fixture was due to be against the Crusaders.

“It’s tough to predict that‚ but with the way we were playing‚ we had a fair bit of hope. The game can change in a flash and the bounce of the ball is unpredictable. It’s a good thing and a problem at the same time‚” Mapimpi said.

“We had a fair bit of confidence as a team and that showed we had the potential of going far as a unit. We’d travelled well and got over the trip early.”

Target date set for return of rugby in SA

Cheetahs and Southern Kings to play in Pro14 on August 22, subject to government and SA Rugby ratification
Sport
1 year ago

What we have learnt from New Zealand’s return to rugby