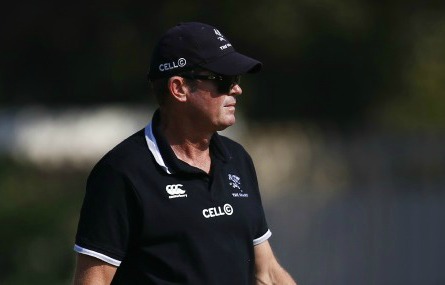 While New Zealand joyfully braces itself for this weekend’s Super Rugby return‚ the best SA’s teams can do is just to watch.

The New Zealand Super Rugby tournament will be played by their five franchises while in SA the Super Rugby log remains as it was before the Covid-19 late-March lockdown with the Sharks topping the log at that point.

Super Rugby in its current form doesn’t look like it will happen‚ but Sharks coach Sean Everitt knows that could in turn lead to a full-strength Currie Cup if all the big players are still in the country.

“It could be competitive‚ but it all depends on whether there will be international rugby or not. If the borders are still closed‚ it could be a full-strength competition.

“I do understand that some players will be going abroad‚ but it also provides an opportunity for youngsters to thrive. You can also look at your wider training group and give them more opportunities‚” Everitt said.

The Sharks returned to training last week after contact sport was given the official go-ahead to resume.  Everitt said they have split the squad into small groups to minimise the risk of infection.

“The guys came in for medicals and screening while doing Super Rugby reviews in small groups. Our squad is 42‚ from where the guys have been split into six groups of seven.

“We’ve also tried to make sure we don’t have all positions in one group in case one group has to be isolated in the case of an infection. That’s to avoid losing all your hookers in one go‚” Everitt said.

While the return to training is gradual and guided by government regulations‚ there is still the need to keep players refreshed and mentally in a good space while there is no rugby taking place in SA.

Everitt said the downtime and the longer it goes on means players will take longer to return to peak fitness.

“We’re looking at an eight-week block‚ which should be enough for us to prepare well for any tournament that may come up.

“They’re provincial sportsmen‚ so we expect them to be ready when any tournament kicks off. They’ve been off for a while and, like kids who get back to school‚ they’ll need time to settle in.

“We’ve already started to integrate them into running at home‚ now there’s the ground work from a condition point of view so they can hit the ground running when training can resume.”