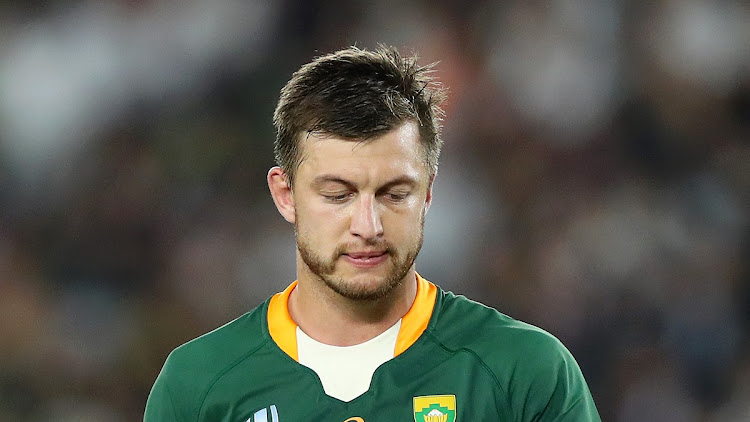 Bok flyhalf Handré Pollard is close to the top of rugby’s prime earners if a list compiled by Wales Online is to be believed.

In a climate of pay cuts‚ general stagnation and uncertainty‚ a compilation of top earners may seem desperately ill-timed while notable omissions cloud the credibility of the list.

Pollard‚ who now represents Montpellier‚ is believed to be top of the heap, alongside All Blacks exile Charles Piutau who runs out for big-spending Bristol Bears. Going into the new season they will reportedly earn £1m (R23m) a year.

Piutau — who played in 17 Tests, the last of which was the 2015 clash against the Springboks at Ellis Park — was the first player to sign a £1m contract.

Pollard has reportedly tripled his salary since leaving the Bulls in 2019‚ aided in no small part due to the rand plummeting to desperate lows. The only other South African in the top 15 is Faf de Klerk who rakes in £500,000 (R11.7m) a year.

Crucially‚ the list does not include other apex earners such as Dan Carter and Matt Giteau who both play in Japan. Their salaries are unknown but with the J-League now cancelled‚ their contracts have also run their term. They were reportedly on £1.1m contracts in Japan.

The list also excludes what All Blacks lock Brodie Retallick is earning in Japan.

How the suspension of the Top 14 until at least September will affect player contracts remains to be seen.

Players in New Zealand have had a pay freeze‚ while those in Australia have had their salaries slashed by up to 60% for the highest earners. Players in SA will also feel the pinch with SA Rugby announcing last week that up to R1bn is due to be slashed off the industry’s budget over the next eight months.

No French football, rugby till September

The aim is to keep the 25-year-old competition ‘relevant, sustainable and entertaining’
Sport
1 year ago
Next Article

Covid-19 forces SA Rugby to knock R1bn off its budget

Covid-19 forces SA Rugby to knock R1bn off its budget