Locked down in Japan, Malcolm Marx pines for a braai 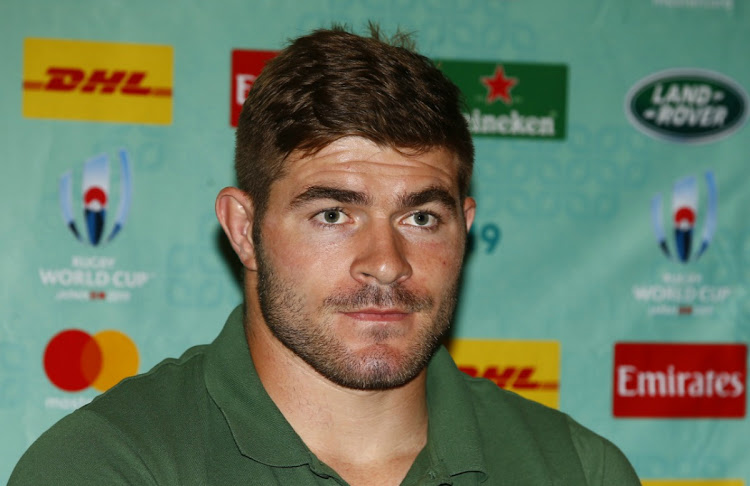 Bok and Lions hooker Malcolm Marx is still stranded in Japan after failing to get out before lockdown restrictions kicked in.

Marx‚ who has been playing for the Shining Arcs in Ichikawa City, at the northern end of Tokyo Bay‚ is not the only South African who failed to make it out in time.

“Luckily there are still some South Africans here with me. It helps quite a bit to have each other here‚ it’s quite nice‚” he told www.lionsrugby.co.za.

It also helps that the other South Africans at the club include some familiar faces, such as Lions teammates Sylvian Mahuza and Robert Kruger‚ as well as former Lions player Willie Britz. Former Sharks fullback and coach Hugh Reece-Edwards coaches at Ichikawa.

It is debatable whether the players stranded there are safer than being in SA. Japan has gone into lockdown after a second wave of Covid-19 infections hit the country.

“We are doing all right and still able to go to the gym, which helps [us] to stay in shape and as fit as possible. Everyone is still very cautious and doing everything that is needed. But to be honest the fitness you do in the gym is very different to what you do on the rugby field‚” Marx said.

The hooker, who was part of the Springbok squad that won the World Cup in Japan, joined the Arcs at the end of 2019. The league was suspended after just six games, with the Arcs finishing fifth.

“I played two warm-up games before the league started and we had six league matches. It was an experience to see what the Japanese style of rugby is. All the games were very tough and I learnt quite a bit about Japanese rugby‚” said Marx.

Though Japan produces some of the world’s most sought-after cuts of meat, Marx is desperate to do it the SA way.

“Having meat off the braai and SA food are the things I definitely miss. And obviously being away from the family; I miss the family and friends.

“I am keen to get back to SA and join the Lions family again. Hopefully we can start training soon and get back into games. I really missed my Lions family very much‚” he said.

Mismanagement alleged at RA, which is struggling to keep sport afloat during global sporting shutdown
Sport
2 years ago
Next Article