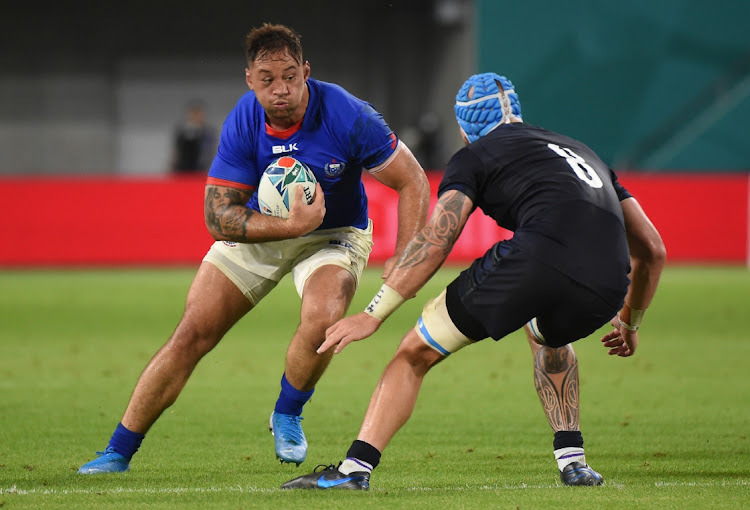 KOBE, JAPAN - SEPTEMBER 30: Chris Vui of Samoa advances with the ball while Blade Thomson of Scotland is about to tackle during the Rugby World Cup 2019 Group A game between Scotland and Samoa at Kobe Misaki Stadium on September 30, 2019 in Kobe, Hyogo, Japan. Picture: KAZ PHOTOGRAPHY / GETTY IMAGES

Kobe — Scotland revived their Rugby World Cup campaign with a 34-0 victory over Samoa on Monday, scoring four tries in a much-improved performance to secure a bonus point that could prove crucial in a tight Pool A.

Japan’s stunning upset of Ireland on Saturday shattered the expected permutations of the pool and the Scots knew they needed to get a big win on the board after their dismal defeat to the Irish in their opener.

Samoa winger Ed Fidow was the offender for both penalty tries and was shown a yellow card for the first and then given his marching orders after crashing into Maitland with his knees to stop the Scot getting over the line in the 74th minute. Reuters

Ireland’s Sexton: Japan loss could be a blessing in disguise

We have two games to get back on track, says injured flyhalf
Sport
2 years ago