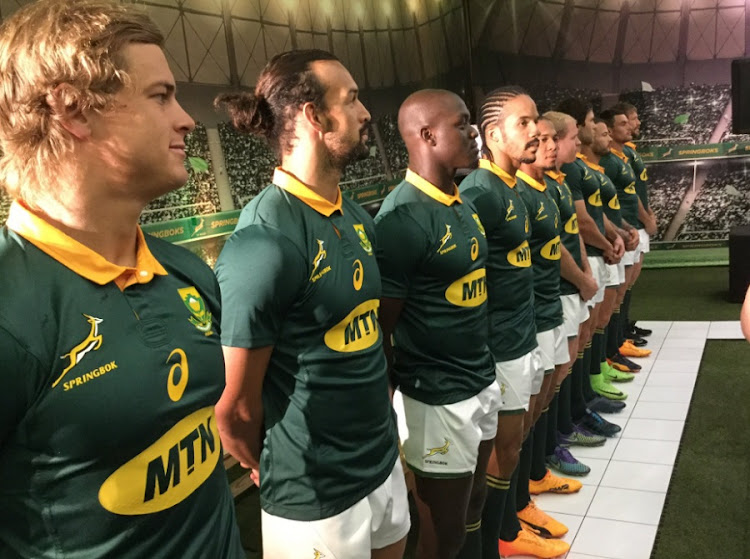 Aphiwe Dyantyi’s hamstring injury would have been enough to cause heart palpitations in a different era.

But while Dyantyi will be missed when the Springboks host Australia in the opening match of the Rugby Championship at Ellis Park on Saturday‚ assistant coach Mzwandile Stick says they have enough cover waiting in the wings.

With Makazole Mapimpi‚ S’busiso Nkosi and Cheslin Kolbe all playing well for their respective Super Rugby and French Top 14 teams‚ a lack of form and fitness is the least of Stick’s, and to an extent Rassie Erasmus’s, concerns.

Dyantyi is set to miss at least two Tests‚ but having started the majority of 2018’s games on the left wing‚ the time is ripe for a rejig of the back three.

“It’s not nice to lose someone like Aphiwe, but we trust all the players in our squad.

“We’ve got a lot of outside back talent in SA. Kolbe was doing very well in France while Nkosi is playing well‚” Stick said.

“Makazole is one of the best outside backs in the country and a lethal finisher. It’s sad to lose Aphiwe‚ but we’re in a good space with our outside backs.”

There is also a possibility of having two Jantjies (Elton and Herschel) on the field should they be picked for Saturday’s match against the Wallabies.

This prospect excites Stick as the Boks have to test their depth and new combinations.

“If you talk about combinations‚ then it’s something new for them, but if you look at the style of the players and how they play‚ they’ll complement each other.

“Herschel’s got good service and when Elton gets front-foot ball‚ he can destroy teams‚” Stick said.

“That’s something that could work if they could get the balance in their strengths. If they get an opportunity this week‚ they should be able to give us a solid game.”

Herschel’s superb season with a Stormers side that struggled to get out of first gear resonated with Stick‚ who is a disciple of players getting an opportunity.

“Herschel shows that life is sometimes all about opportunities. He was given an opportunity by the Stormers and he took it with both hands.

“I remember when he played for the Stormers at the end of last season and he did very well. He’s been consistent this season and if there’s one thing about his game‚ he’s clinical with his basics‚” Stick said.

“He’s got a good pass when the chance comes‚ he’ll snipe around the ruck. He also makes big tackles‚ which shows he’s not only in the right space‚ but he’s got the potential to become one of the great scrumhalves in the country.

Saturday’s Test will be Australia’s first without Israel Folau‚ whose ill-advised tweets pretty much ended his rugby career (league and union) in Australia.

He is a gifted player‚ something Stick acknowledges‚ but life has to go on and Australia‚ a rugby nation that has always been resourceful‚ will find a way to cope without him.

“I know it’s sad not to have Folau on the field because he was a special player‚ but we’re not going to underestimate whoever takes over in his role.

Boks welcome Wallabies next week, but focus is on the World Cup
Sport
2 years ago

1.
Indian Premier League to resume in September
Sport / Cricket
2.
Boks to play double-header at their fortress in SA
Sport / Rugby
3.
SA have themselves to blame after loss to France
Sport / Soccer
4.
Team SA’s medal hopes on a knife edge over next ...
Sport / Other Sport
5.
Lions urge Rassie Erasmus not to raise grievances ...
Sport / Rugby

1.
Indian Premier League to resume in September
Sport / Cricket
2.
Boks to play double-header at their fortress in SA
Sport / Rugby
3.
SA have themselves to blame after loss to France
Sport / Soccer
4.
Team SA’s medal hopes on a knife edge over next ...
Sport / Other Sport
5.
Lions urge Rassie Erasmus not to raise grievances ...
Sport / Rugby