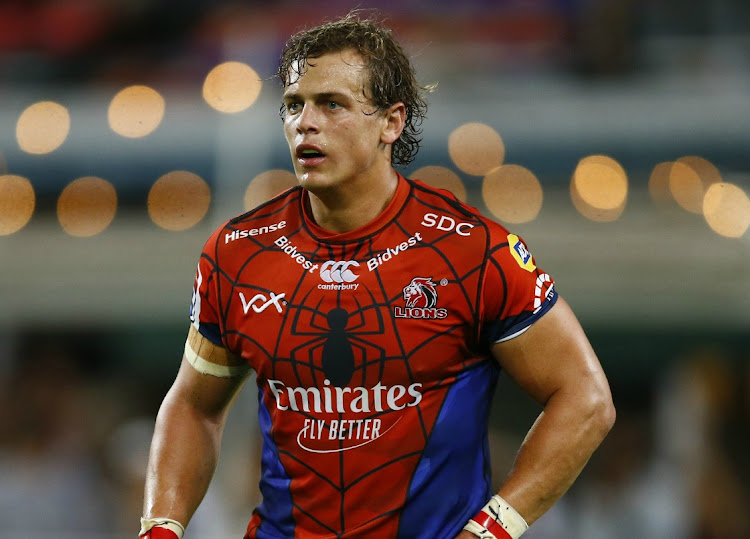 Andries Coetzee of the Emirates Lions during the Super Rugby match between Cell C Sharks and Emirates Lions at Jonsson Kings Park Stadium on May 25 2019 in Durban. Picture: GALLO IMAGES/ STEVE HAAG

It is when the shadows lengthen‚ Lions fullback Andries Coetzee insists‚ that performances should be put into sharp focus and teams be appraised for their actions‚ or lack thereof.

He admits the Lions were slow to vacate the blocks in the early part of the season, but thinks redemption is still possible at the business end of the Super Rugby campaign.

“We didn’t have the best of starts this year‚” conceded Coetzee. “It’s not how you start‚ but how you end. It is a great challenge for us‚ the three games coming up.”

The matches he is referring to are at home against the Stormers and the Hurricanes‚ before they head up the N1 to Loftus to meet the Bulls in their last league match.

The Lions need to win at least two of the last three matches to secure a wildcard place in the playoffs. The Jaguares look most likely to walk off with conference honours.

Defeat against the Stormers at Ellis Park on Saturday would mean they would need two back-to-the-wall performances in their last two clashes. Inconsistency has put them in this invidious position.

Their defeat to the Stormers at Newlands in their second match of the season is one they would have reflected on with some pain but it was also a defeat that left them with much to lament.

“We lost that game and that is how it is. We can only focus on Saturday’s match‚” Coetzee tried to numb the sting.

If the Lions are honest‚ however‚ they would have come to the conclusion that they have been off the pace in derby matches this season.

Derby matches traditionally dish up hard-fought‚ close-combat forward-based clashes and the Lions‚ unlike in previous seasons when they hammered opposition up front before running them off their feet at the back‚ have lost their aura.

“I won’t say hurting‚” said Coetzee about their inability to pull off a derby win this season. “It is something we have looked at‚ why we didn’t beat them. We can only look at us. Maybe improve on our game plan and stick with it.”

Of course their gung-ho methods in possession have also invited scrutiny. Pragmatism is not an overused trait with the Lions. They no longer have the forwards to go direct up front‚ yet they still‚ often speculatively‚ go wide at the back.

“We play a brand of rugby that supporters can be proud of‚” countered Coetzee. “We will stick to that but we also adapt to what the Stormers give us on the field. We definitely looked at our strengths and why we went off the road a little bit.

“We are definitely a running side. We have been a running side since 2012 when coach Swys [de Bruin] started with us. We will go back to our strengths. If we have to kick we will kick.”

Coetzee‚ whose form has fluctuated wildly over the last three seasons‚ is on another upward curve.

“I’m getting confidence back‚” he said. “I’m playing with more belief. The coach backs us irrespective of the decisions we make. He is proud of us. That’s good. It means that you play without fear. It means you can go out and play your game because you know the coach backs you.”