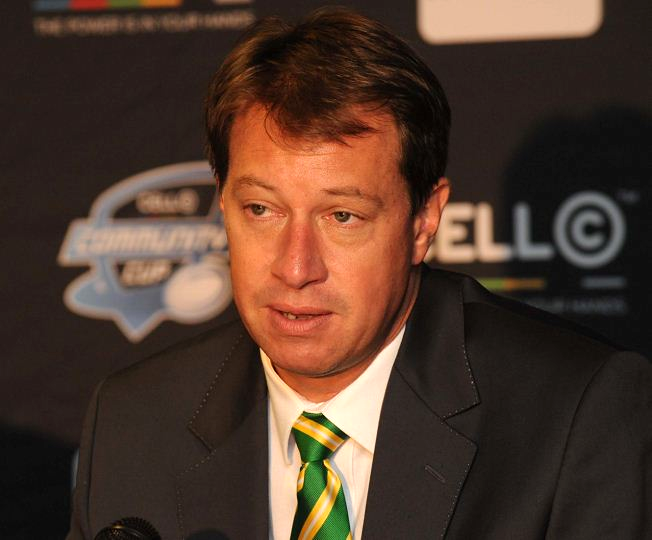 SA Rugby CEO Jurie Roux has warned that sport could die a slow and painful death in about five years if the Independent Communications Authority of SA (Icasa) goes ahead with plans to implement the draft broadcasting regulations.

Roux offered the sobering view during his presentation on day two of the hearings on draft sports broadcasting service amendment regulations in Centurion on Tuesday where all the sporting codes are making presentations.

Icasa have declared their intention to amend the sport broadcasting services regulations of national sporting events that are of national importance to receive full live coverage on free-to-air.

But Roux said this move could kill rugby.

“Our doors will close in the next five years if these regulations are implemented‚” Roux told hearing chair Palesa Kadi while flanked by Saru president Mark Alexander and their legal team.

“Exclusivity is key in sport and the current regulations strike a good balance. But at this rate there won’t be sport in five years and there won’t be the Springboks.”

Roux added that a big chunk of their revenue comes from broadcasting rights because broadcasters are prepared to pay a premium to exclusively access content such as the Springboks and Super Rugby matches.

He said that 57% of their revenue comes from broadcasting‚ 26% from sponsorship and 17% from Tests‚ events and grants.

“Rugby is a business‚ we don’t receive money from [the] government [0.3% to be fair]‚ we don’t have charitable status and we have zero donors‚” he said. “We don’t have a rich uncle or a trust fund‚ we don’t pay dividends or make payment profits for shareholders.

“The income we earn is reinvested for the benefit of rugby and South Africans. Sponsorships will never cover the value of broadcasting revenue and without income and funding we will have no sport.

“Our plea is to protect the sport which is a national asset because it will not survive. We will not have funding to start grassroots projects and in sport around the world‚ exclusivity is the basis on which rights are sold.”

Boxing SA CEO Tsholofelo Lejaka also warned that the proposed regulations could have a devastating effect on their sport.

Premier Soccer League and SA Hockey representatives are expected to make their representations on Wednesday.

Sugar Ray says boxing not dead, but rival Duran not so sure

It may worry the New Zealand coach that the Kiwis are giving away more penalties than usual in Super Rugby, given they have a World Cup to defend soon
Opinion
2 years ago
Next Article

Icasa and department of communication in showdown over R450m funding

New players shake up business of sport in SA

Icasa and department of communication in showdown over R450m funding

New players shake up business of sport in SA