Vermeulen to lead Bulls against Brumbies 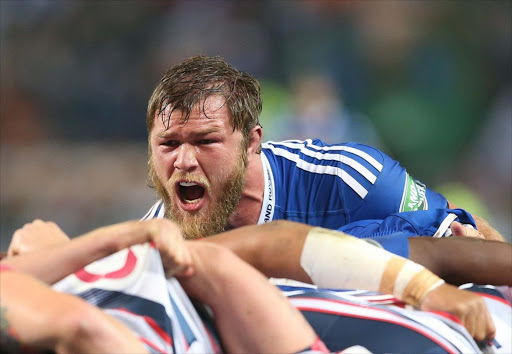 Springbok No8 Duane Vermeulen is to lead the Bulls in their Super Rugby clash against the Brumbies in Canberra on Friday.

The experienced Vermeulen assumes the leadership role in the absence of regular captain Handré Pollard who has been ruled out with a calf strain he sustained at training last week.

As a result of the injury‚ Pollard has been removed from the Bulls roster for their Australian tour and he is returning home to receive further treatment to prepare for the knockout stages if they get there.

Pollard’s place in the No10 jersey will be taken by talented and versatile 21-year old playmaker Manie Libbok while in the other notable change JT Jackson moves to the bench.

The rest of the match day squad that won against the Rebels last week remains unchanged as coach Pote Human chose not to fix what is not broken.

Human commented that Libbok‚ who started against the Jaquares earlier in the season‚ has big shoes to fill but has the ability and skills to help the team achieve a second win on tour.

“He [Libbok] would not be around if he was not good enough‚ that is for sure‚” said Human. “Handré is probably the leading 10 in the world at the moment‚ so to take over from him is not easy.

“But Manie has done well for us when he took to the field this year. I have the utmost confidence in him this weekend‚ he is an exciting young talent and we are looking forward to watching him grow.”

Looking ahead to the clash‚ Vermeulen said the defensive effort they showed in the gutsy win over the Rebels in Melbourne last week must be repeated.

“We defended very well when under severe pressure and the Brumbies are going to test us the same way.

“They are skilled and determined‚ if we let our guard down we will pay the price‚” he said.

Hectic season, arrival of a new baby... Jantjies takes it all in his stride
Sport
3 years ago

We have had a good look at ourselves and plan to rectify things, says prop
Sport
3 years ago
Next Article