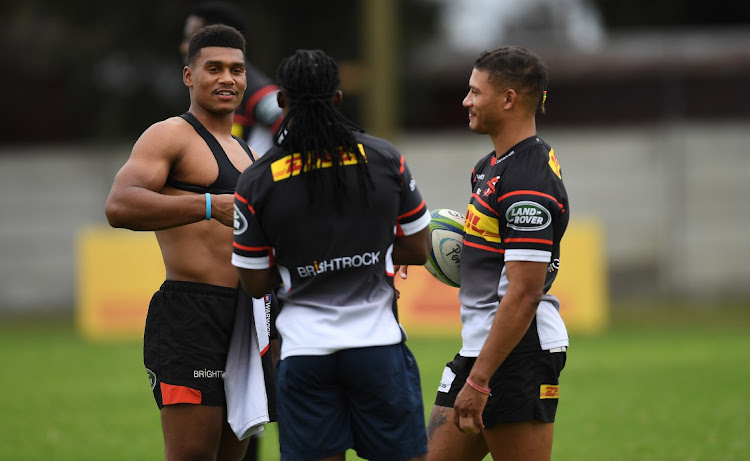 If there is one guarantee in Super Rugby‚ it is this: when a team plays against the Crusaders their defence‚ and by extension the defence coach‚ is going to be challenged to the limit.

It is no wonder Stormers defensive coordinator Norman Laker has been burning the midnight oil this week. It is a daunting task to come up with a plan to smother the Crusaders‚ but it is also a unique opportunity if you can find the solution to stifling the eight-time champions.

The Crusaders have scored 55 tries in 12 matches‚ which is 10 more than the Hurricanes‚ who are the next best in the competition.

Few sides manage to corral the Crusaders completely because they stress the opposition’s defence in myriad ways. With ball in hand they test tackle technique‚ organisation and alignment. With the kicking game they challenge the opposition’s back three to be perfect under the high ball or suffer when the ball is turned over. Even without possession‚ the Crusaders’ line speed stresses ball carriers and leads to more turnovers. They are simply the complete package.

Laker has been looking for examples anywhere he can find this week to convince the Stormers players that the Crusaders can be beaten at Newlands‚ even if the home side has to do the bulk of the defending.

With only five wins in 11 matches this season‚ a superficial glance at the table would suggest the Stormers defence has been abysmal. But other than a round-one blowout against the Bulls (40-3) they have been competitive in every match.

“As South Africans‚ we pride ourselves defensively and we have ball carriers to get us over the gain line‚ so I don’t think we must go away from that and play their [Crusaders] rugby‚” Laker said.

“Look at what the Boks did in Wellington [against the All Blacks in 2018 when they won 36-34] — 80% of the time they were defending and they came away with the win.

“It’s important that you stay strong defensively and when you do have opportunities you make sure you score from those opportunities. We pride ourselves on our defence and it has been going well this season. Normally if the defence is good then you get the results, but, in this case‚ it has not been like that.

“We have come short on a few occasions by five or six points and the team has actually played well and defended well, but importantly the ball is not round and the bounce of the ball did not go our way.”

Laker pointed to the Sharks’ huge defensive effort against the Crusaders in Christchurch two weeks ago‚ when they earned a 21-21 draw‚ as a way to go about matching them.

But on that day the All Black duo of flyhalf Richie Mo’unga and inside centre Ryan Crotty did not play. They returned last week against the Bulls and were outstanding in a 45-13 win for the tourists.

“Their 10 and 12 do make a big difference when they are playing‚ they are both phenomenal players‚” Laker said. “They were back for the last game [against the Bulls] and the difference they made was astounding. Mo’unga’s cross kicks are very tough to defend against. I was saying to the guys earlier that it was like he put in two brilliant passes [at Loftus] with the foot.

“It’s obviously the understanding between Mo’unga and the two wingers that makes it possible, so our guys are going to have be very aware of where their wings are and the fact that it might come their way so that they can work together to negate the threat.”

Lions scrum needs to be even better

We will have to stick to our system, says Lions prop Smith
Sport
3 years ago

Playing the Crusaders ls like facing the All Blacks, says Stormers lock
Sport
3 years ago
Next Article