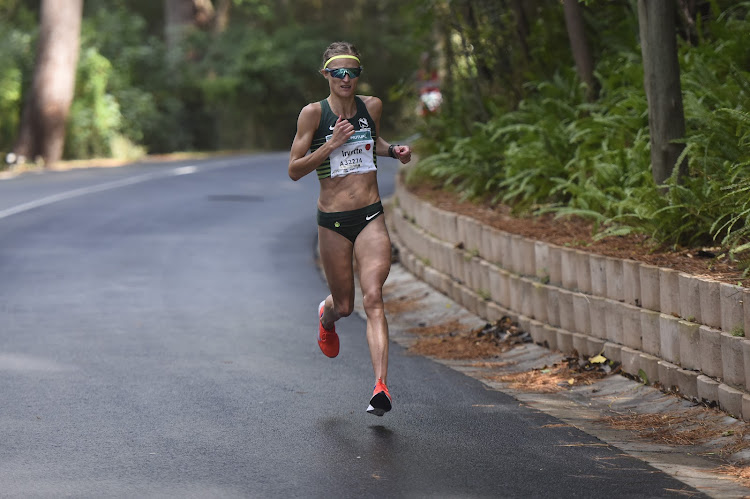 The marathon fields for last week’s Commonwealth Games in Birmingham were small with only 20 and 16 road runners in the respective men’s and women’s races. Nevertheless, it was a big deal for those six runners who bagged medals after the 42.2km race, as five of them were from Africa.

The continent’s athletes took gold, bronze and silver in the men’s race through Victor Kiplangat, Alphonce Simbu and Michael Githae of Uganda, Tanzania and Kenya. And there were three personal bests by other African runners in the field.

The women’s race, won by Australia’s Jess Stenson, featured two more medals for Africa through Kenya’s Margaret Muriuki and Namibia’s Helalia Johannes, the latter a well-known face on SA roads. Muriuki and Johannes ran a personal and season’s best while three other women’s runners from the continent ran season’s bests.

The question that begs to be asked is where were the SA runners? History tells us that SA has not been represented in the marathon distance in any of the past three Commonwealth Games.

Admittedly in 2022 things were compounded by the fact that the World Athletics Championships were held less than two weeks before the Commonwealth Games.

Explains multiple national track, road and ultramarathon champion Irvette van Zyl: “World champs made it very difficult for our marathon men to double up, impossible really, and also we don’t really have a marathon ‘B-side’, the marathon depth isn’t that deep now.

“From my side Gerda [Steyn, Comrades and Two Oceans ultramarathon champion] and myself were invited but I’ve done two ultramarathons earlier this year.

“I wanted to go to either World Champs or Commonwealth Games but my coach Nick Bester said it would be too much and it turns out he was correct because I’ve struggled with my health and some injury niggles lately.”

She says Steyn also told her she did not think there was enough time to repair and build up to the World Championships or Commonwealth Games after the Two Oceans.

It is no secret that SA distance runners, apart from the richer corporate-backed clubs, rely heavily on the financial incentives such as prize money and appearance money at the big international marathons, which the Commonwealth Games do not provide.

Planning brings reward and Van Zyl says the powers-that-be should already be working on the rising stars and bring them through the ranks.

“It’s important to identify the marathon rough diamonds already, if we’re looking ahead to the Paris Olympics in two years. Sit down with someone like Glenrose Xaba, build up a relationship with her, let her know you’re investing in her.

“Right now there’s still a huge gap between us and countries like Australia and America who have identified those future Olympians and Commonwealth athletes and are working with them.”

Former national 15km champion Adam Motlagale wears both athlete and coach’s hats — his son, Tumelo, is a national marathon champion who has set his sights on the World Championships.

“We were always aiming to qualify for World Champs, if we hadn’t, then Commonwealth would have been the next option.

“It just seems that one is recognised more by doing well in the World Champs than at the Commonwealth Games. World champs and Olympics is where SA athletes are noticed and get the resultant invites to the big-money events.

“And this year it didn’t help that World Champs was not only the same year but so very close to the Commonwealth Games.”

“The logic is that the win in Commonwealth Games is of much less value than the appearance fee [only] for top athletes to compete in many of the marathons around the world [let alone the Abbott majors].

“This structure needs to be rethought. Gerda is a 2hr 25min-2hr 30min marathoner who opted to forgo Comrades [worth about R1m] and Commonwealth Games [where she could podium] to run a major marathon where she still gets ranking and exposure

“At the end of the day international ranking and exposure pay the bills [unfortunately], not national representation.

“After Gerda’s Olympic showing I would have thought the focus would have been to qualify and race in the 10,000m at World Championships then go for Commonwealth where I agree I think she would have made a podium.”

But Williamson says the important thing is to remember that any decision has to be a joint one between athlete, coach and manager.

“In the professional era, I doubt that Commonwealth counts that highly — particularly if the rewards from government are yet to be announced, as tends to be typical.”

So the bottom line seems to be mainly one of “medal versus money” and in the tough fiscal times the world finds itself in world rankings/exposure and the resultant riches are worth more than Commonwealth glory on the SA front.

“Not all athletes are driven by money but in my opinion the longer the event the greater importance the heart-mind desire factor plays,” Williamson added.

In the end it could all come down to a case of having a crust on the table rather than a place on the medals table or an athlete simply having their heart and mind set on bigger fish to fry.