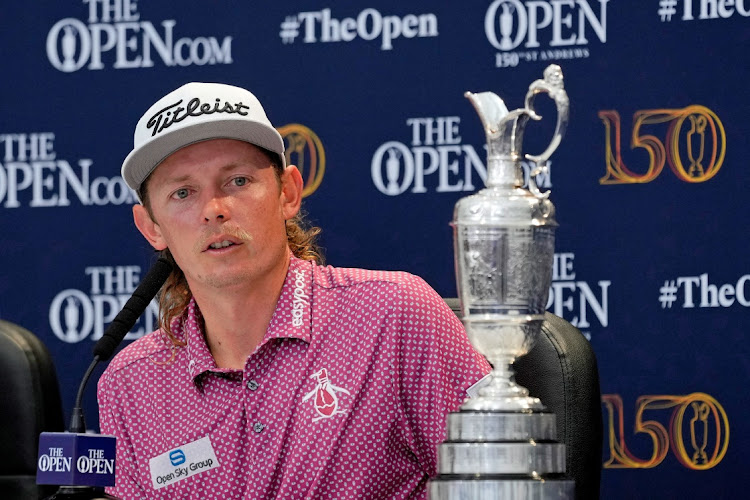 I’m sure many diehard golf fans will agree with me that, in a year where turmoil has dominated the men’s professional golfing circuit, the 150th Open Championship brought the season back to the kind of normalcy the sport desperately needed.

No doubt Rory McIlroy fans around the world were rooting for victory, but for me the way Cameron Smith came up trumps at St Andrews was the storybook ending of the 2022 Major season.

The difference between the tournaments that form the week-to-week tours around the world and the games’ four Major championships is simple. Very few remember the tour winners, but the Majors are Golf’s Holy Grail. The four Major Sundays are about the pursuit of greatness and it’s where winners — and losers — are indelibly etched into history.

The 150th Open had brilliant golf, incredible shot-making, heartache, delight, moments of controversy with pace of play a favourite bugbear and LIV Golf questions causing tempers to fray, and so much more.

It delivered exactly what you would expect — drama and incredible golf — and the Aussie with his “all business in the front, party in the back” mullet gave us what the Majors are all about.

The way the short-game virtuoso toured the world-famous Links layout, playing near-perfect golf and making just about every putt he looked at was electrifying.

Eight birdies in the final round — including a run of five from the 10th — and to finish on 268. Watching him put together that final round 64 to get to 20 under par for the week, one shot less than when Tiger Woods won the Open on the Old Course 22 years ago, is the stuff of dreams.

When the 28-year-old Australian strutted out to receive the trophy, he looked for all the world just like any club golfer receiving his six chickens for winning the Sunday club competition.

There is nothing fancy about Cameron Smith. Nothing that screams “I’m one of the Greats” now. But the way in which he dismantled the Old Course showed us he is really good at golf. Smith’s putter was red hot and the stats back that up. He ranked second overall on the greens, with 120 putts over the four rounds. Only Si Woo Kim had fewer, with 119.

And it was short-game exhibition that made this Major, and Smith’s victory, such a memorable experience.

Given the state of golf — the advanced equipment, a ball that flies too far, big hitters that dominate on almost every regular tour, plus a poor growing season in May and much of June — there were fears heading into the week that the players would tear the Old Course apart.

But all the talk about consigning the Old Course to the rubbish bin was obsolete as the Old Lady once again showed herself to be a stunning test of golf and the quality of golf was of the highest level. There was very little wind to speak of, but she had the defence of firm and fast fairways and greens. Huge kudos to the R&A and the St Andrews Links staff, who delivered a fabulous set-up that saw the Old Course play as superbly as it has ever done.

Smith beat the Open course record for 72 holes by only one shot. The final round was brilliant spectacle, made even more so by the intensity of that final round tussle between Smith and McIlroy.

In my book Cameron Young deserves more credit for what he did on the final day at the Old Course than he’ll ever get. The 25-year-old PGA Tour rookie now has a runner-up in the Open to go with his tie for third in the PGA Championship, after firing a seven-under 65 that included a three-putt, a drop from a gorse bush and an eagle-2 on the 18th hole.

And spare a thought for McIlroy. The four-time Major winner hit every green in the final round. He drove the ball really well, but he needed to make a putt or two and he needed Smith not to shoot a closing 64. It wasn’t nerves. Or the sense of the occasion. Or that he was eight years and 31 Majors into trying to end his drought.

“The putter just went a little cold today,” McIlroy said. And that’s exactly the right way to describe it. Not bad. Cold. His pace on the greens was exquisite, he hit eight putts from between 10 and 20 feet and didn’t hole any of them. He did not have a single one-putt birdie. It just turned out that someone else was much, much better with the flatstick.

I freely admit to being a tad anti-Australia when it comes to rugby and cricket, but I did pour a measure of the best stuff to toast Smith and, of course, our own Dean Burmester, who finished a career-best 11th.

And while I was enjoying my 10-year-old whisky, the Champion Golfer of the Year headed to the Player’s Lounge at the Old Course Hotel with his gold medal around his neck where he set about finding out exactly how many bottles of beer fit into the famous Claret Jug with fellow Aussie and 2013 Masters champion Adam Scott ... apparently just a tad less than two bottles of Birra Moretti.

It was as entertaining to watch the top-level players at the Home of the Nedbank Golf Challenge, as it was observing the C- and D-division contestants
Sport
1 month ago

In a week when female players made astounding progress, all eyes were on the new LIV
Sport
1 month ago