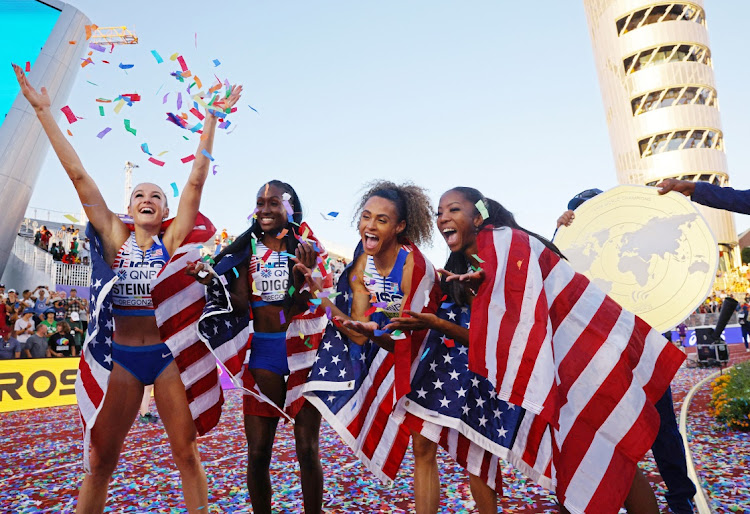 Marioné Fourie closed out SA’s world championship campaign with a rare personal best on Sunday as the nation left Eugene, Oregon in the US without a single medal.

The 20-year-old clocked 12.93sec to equal her personal best time and finish fifth in her 100m hurdles semifinal, several hours after Wayne Snyman, 37, closed off his career with a continental record in the inaugural men’s 35km race walk, finishing 20th in 2hr 31min 15sec.

The duo doubled the number of SA’s personal bests in the 10-day competition after Zeney van der Walt’s 54.81 ranked her 16th in the women’s 400m hurdles and Melikhaya Frans’s 2:09:24 earned him 18th in the men’s marathon.

For a team that finished third on the medals table at the 2017 showpiece with six gongs, including three gold, it seems like a rather long fall.

A total of 45 countries got onto the medals table in Eugene, but on the placing table, which measures performances by all top eight finishers, SA ended 33rd overall, thanks to the fifth places from Akani Simbine in the men’s 100m and Wayde van Niekerk in the men’s 400m, the sixth position by the men’s 4x100m relay side and Luxolo Adams’s eighth in the 200m.

Only the sprinters contributed this time.

SA also missed the podium at the last showpiece in Doha in 2019, ending 20th on the placing table with two long jumpers and a marathon runner also making the top eight alongside Simbine and the 4x100m team.

Then a series of unrelated blows knocked the medallists out of contention. Van Niekerk injured his knee in a game of touch rugby, Semenya fell foul of World Athletics’ new gender eligibility rules and refused to take testosterone-lowering medication to continue competing in her main events, and Manyonga, constantly fighting an addiction to tik, fell off the wagon.

Of the four, Samaai was the only one to lose form. Simbine has been knocking on the podium door without success since 2017, but apart from that there has been little to enthuse about in terms of new talent.

The lack of depth in 2017 had been well hidden by the six medals, but without that gloss it has now been horribly exposed.

All those under-20 and under-18 world championship medals that Athletics SA trumpeted have yet to count towards the senior level.

Kyle Blignaut, the 2018 under-20 champion in the shot put, has probably come the closest with his sixth spot at the Tokyo Olympics in 2021, but he withdrew from Eugene to focus on the Commonwealth Games that kick off in Birmingham on Friday.

The class of 2018 world junior champions included 400m hurdler Soks Zazini, who had to watch the bronze medallist behind him four years ago, Alison dos Santos of Brazil, storm to victory in Eugene.

Van der Walt, the women’s age-group world champion, is also looking to complete that transition to the top. Serious work needs to be done to help youngsters make the step up.

Van Niekerk looks as though he might still return to a podium, maybe at 2023’s world championships in Budapest or possibly the 2024 Paris Olympics.

But that is not the solution to SA’s track and field woes. Attention must be given to the new generation that will do battle at the 2028 Games in Los Angeles.

SA may have done better on the placing table in Eugene, but they need to start performing where it counts — on the medals table.

SA’s national women’s football team never lacked belief in their ability to win the Women’s Africa Cup of Nations title they bagged after beating ...
Sport
3 weeks ago
Next Article