Plenty of fuel in the tank after 300 races, says Hamilton 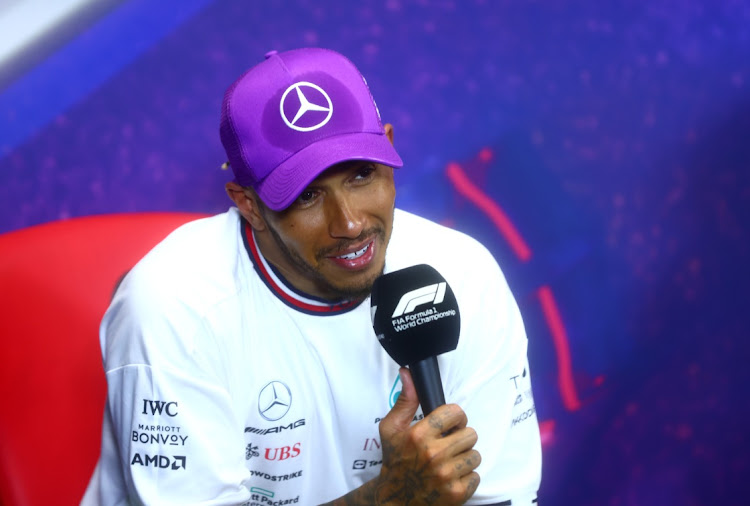 Lewis Hamilton says he has “plenty of fuel left in the tank” after his 300th race in Formula One on Sunday.

Only the sixth driver to reach the milestone, the 37-year-old Briton was asked after finishing second at the French Grand Prix at Le Castellet whether he might extend his contract with Mercedes and go for 400.

“That’s a lot of races,” replied the seven-times world champion. “I firstly just want to be grateful to get to this point. But I still feel fresh and still feel like I’ve got plenty of fuel left in the tank. I’m enjoying what I'm doing.”

Hamilton is Formula One’s most successful driver of all time, with 103 wins and the same number of pole positions among a raft of records.

A prominent and outspoken campaigner for equal rights and diversity, he made clear he was still having fun despite his team’s problems.

Mercedes, constructors’ champions for the past eight years, have yet to win a race in 2022.

“We’ve got some great people leading the sport and having great conversations about the direction we’re going as a sport, so I’m enjoying it more than ever,” said Hamilton.

‘Of course I want to get back to winning ways and that’s going to take time, but I’m sure we’ll sit down at some stage and talk about the future.

“But again, just with our team, I always want to continue to be building,” he added. “It’s one thing having races, but it’s also continuing the work that we do outside and doing more ... and we will.”

Hamilton had played down the significance of 300 races before the weekend but now he recognised it meant more than he realised.

“This morning I woke up just feeling incredibly grateful, just thinking about all the people that have been with me along the way,” he said.

Hamilton thanked a list of people who had supported him since the age of 13, starting with former McLaren boss Ron Dennis.