Louis Meintjes is enjoying a Tour de France renaissance, securing eighth place in the general classification before the start of the final stage 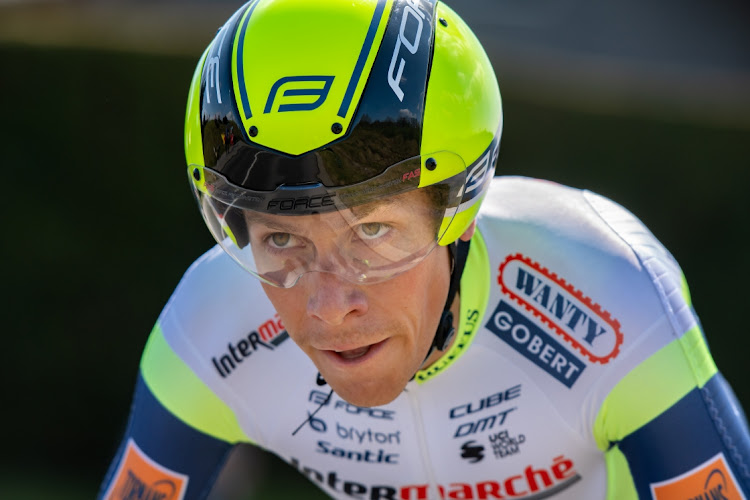 Three South Africans had three very different reasons to celebrate on the Champs Elysees on Sunday. For Louis Meintjes there was a Grand Tour renaissance, for Reinardt Janse van Rensburg a return to the big stage, and for Ashleigh Moolman Pasio the joy of being part of history for women’s cycling.

Moolman Pasio finished in the bunch on the first stage of the Tour de France avec Zwift in Paris, the rebirth of the women’s Tour after many years.

History will mark that the first stage of eight was won by Dutch rider Lorena Wiebes from Marianne Vos, but the fact the race happened was more important than the result.

“It’s D-Day ... the day we have been fighting for many years,” posted Moolman Pasio before the start of the stage on Sunday. “History is about to be created. It’s time to change women’s sport for the better.”

As Moolman began her race in Paris, there were satisfied smiles on the faces of Meintjes and Janse van Vuuren as they prepared to start the last stage of the Tour de France on Sunday morning.

For the latter, it was a day he had given up hope of happening after he struggled to get a pro contract this season. He was picked up by Belgian team Lotto Soudal just an hour after landing in SA, having packed up his apartment in Spain and moved home.

A few strong results later and he was picked for the Tour de France. It was a comeback he had not imagined. “For everybody, there’s an end to cycling and you have to make the most of it when it’s there and you have to enjoy it because when you’re not a cyclist anymore then nobody really cares,” Janse van Rensburg told Velonews.

And then there is Meintjes, who has shown in this year’s Tour that the promise of 2015-2017, when he finished fifth on a stage in the Tour and eighth overall twice in the race, was a true sign of what he is capable of.

He attacked more than he had done in any Tour before. He was assured, again, of eighth place in the general classification (GC), his third top 10 in the Tour, before the start of the final stage.

He was seventh in the King of the Mountains competition, but it was his second place on the 12th stage on the iconic climb of Alpe d’Huez. For a long time it looked as though Meintjes could win the stage, but England’s wonder boy, Tom Pidcock, went hard with 10km to go and soloed to victory.

Meintjes finished ahead of Chris Froome, the four-time winner of the Tour, that day. A few days later, on the 14th stage, he went hard again, making up 11min 22sec on his GC rivals, moving from 13th to seventh place overall.

It’s an extraordinary result for Meintjes, who has rediscovered his Grand Tour form at the age of 30. The Intermarche-Wanty-Gobert rider does not look like he is done. Expect more grand things from this grand rider.