F1 deal not yet signed 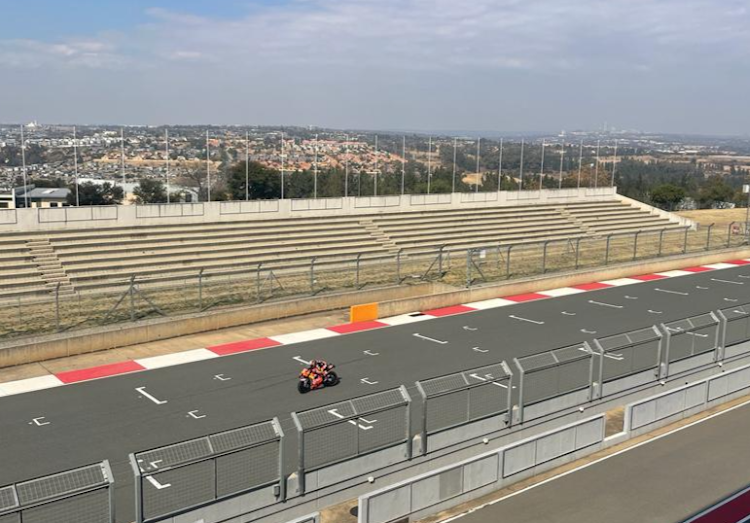 Brad Binder isn’t just looking forward to Kyalami joining the F1 circuit. He said  at the track on Wednesday he believes the MotoGP will also get here.

There has been much talk that the F1 championship will return to SA for the first time in 30 years.

“I think for the country it’s going to be really cool, for Kyalami and racing enthusiasts,” he said in the morning before racing his Red Bull KTM Factory Racing bike around the track in a publicised “Super Lap”.

“I believe it’s not a signed and done deal yet, but I think it’s something that would be so good for our country. I’m definitely going to be here.”

Motorsport SA chair Anton Roux on Wednesday confirmed an F1 deal had not been finalised yet, adding that all parties were keen to get the championship back to Kyalami.

“No agreements have been signed yet,” he said.

Roux, who sits on the FIA Senate, recently returned from the Austrian GP.

Asked how he’d feel about a MotoGP race at Kyalami, Binder replied: “It would be amazing to have a home grand prix here. It’s something I would look forward to and something I believe will happen in future.”

He described the facilities at Kyalami as “better” than many of those he raced on, saying the biggest upgrades needed would be adding run-off on a few corners, such as the second corner called Crowthorne, and Mineshaft, five turns before the finish.

The last time Binder rode at Kyalami he was on a 600cc, but on Wednesday he was powered by a replica of the 1,000cc machine he usually races.

Binder, in the country during the midseason break, will resume racing at the British GP on August 7.

The benchmark time he was hoping to set will be disclosed only in August.