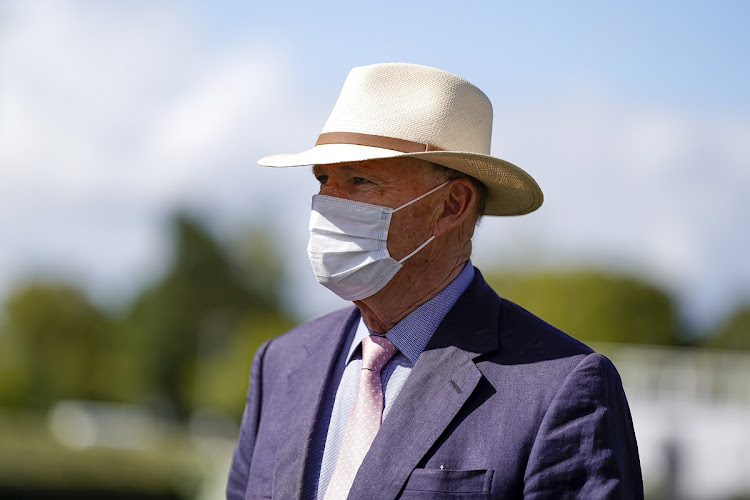 Big name divorces and splits make for great newspaper copy. Usually it’s movie stars, but the sport of racing has got in on the act with the feud between trainer John Gosden and top jockey, Frankie Dettori.

Perhaps the biggest headline maker came decades ago with the turbulent life of actress Elizabeth Taylor who had eight husbands. She married Richard Burton twice.

The start of the Gosden-Dettori unhappiness started with the trainer criticising Dettori’s ride on Stradivarius in the Ascot Gold Cup.

Gosden, who is 71 and has trained more than 3,000 winners worldwide, said Dettori had “overcomplicated” his ride on the champion stayer.

He said: “I need a jockey that focuses. It can’t be a part-time job. As it was pointed out at Wimbledon, Rafa Nadal practices the most and hardest in the mornings. That is what it is all about and that is very clear.”

The UK media pounced on the rift. Dettori, who teamed up with Gosden in 2015 and won both the Derby and Arc on Golden Horn that year, announced he was “taking a sabbatical”.

“I’d be the first to say I had the worst Royal Ascot in my 35-year career. Maybe John was right, I needed a sabbatical,” said Dettori.

However — rather like Elizabeth Taylor marrying Richard Burton for the second time — it was revealed there had been a meeting between Gosden and Dettori, and he would ride the favourite, Ulysses, in the Sir Henry Cecil Stakes at Newmarket.

“We had a behind-the-door closed meeting and ironed a few things out. It would have been a shame to end it like that as he’s been a friend of mine for 30 years. I’m forever grateful to him and don’t like holding grudges,” said Dettori.

“We’re not kids any more so we sorted things out, and now it’s about going forward. What’s passed has passed and I’m glad we had a winner on the first day,” said the Italian.

That winner was Ulysses who justified favouritism with an impressive win. Gosden said: “The plan was for this horse to take a lead, but he got the job done. He could go for a grade 3 at Goodwood. That would be the logical place to go.”

Similar to pundits considering Captain’s Ransom as a penalty kick in the Garden Province Stakes on July day, Dettori looked to have a surefire winner on unbeaten Inspiral in last week’s Falmouth Stakes.

SA punters looked on in disbelief as Captain's Ransom — the 46-100 favourite — failed to mount a challenge against Warren Kennedy’s mount, She’s A Keeper.

Inspiral’s defeat at the hands of 16-1 chance, Prosperous Voyage, was an even bigger shock as Gosden’s unbeaten three-year-old was sent off the 1-7 favourite.

Meanwhile, S’manga Khumalo — the winning jockey in the Hollywoodbets Durban July — escaped unhurt when unshipped from his mount, Home Of The Brave, before the first race at Turffontein on Saturday.

After examination by medical staff, Khumalo was stood down for the remainder of the meeting.