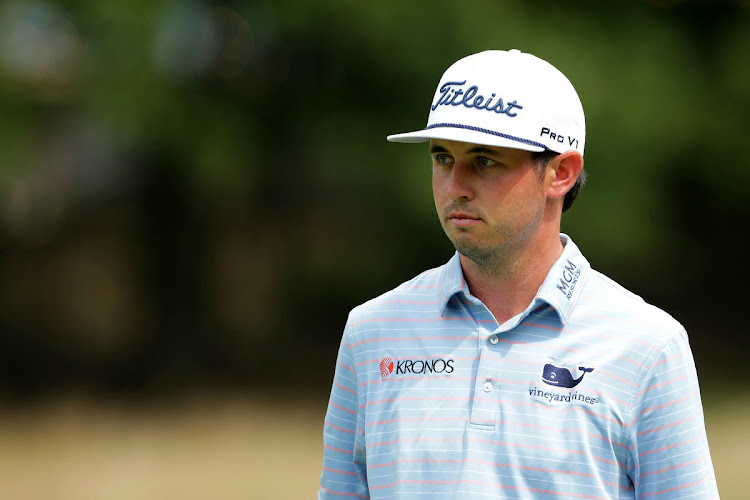 JT Poston watches on at the seventh hole during the final round of the Wyndham Championship at Sedgefield Country Club in Greensboro, North Carolina, US, on August 4 2019. Picture: GETTY IMAGES/TYLER LECKA

JT Poston’s 2-under-par 69 in Sunday’s final round was enough to secure a three-shot win at the John Deere Classic in Silvis, Illinois.

Poston led wire to wire at TPC Deere Run after opening the week with a 9-under 62. He finished at 21-under 263, three better than Christiaan Bezuidenhout of SA and Emiliano Grillo of Argentina.

“I can’t wait. I’ve always wanted to play in an Open Championship, and this will be my first one,” Poston said. “So for it to be at St Andrews and the 150th is pretty special, and pretty hard to draw it up any better than that.”

Poston slept on a three-shot lead and got off to a hot start with three straight birdies, including a long putt from the fringe at the par-3 third. He left the door cracked open, though, when he posted consecutive bogeys at the par-4 fifth and sixth holes.

He held firm at 20 under by saving 10 straight pars before adding a birdie at the par-5 17th. It marked just the third wire-to-wire win at the John Deere.

“Any time you have the lead it’s just tough to play with the lead,” Poston said. “There is just a little bit of added pressure. Wire to wire, pretty much having the lead from Thursday on, I told all the media after every round that I was just trying to stick to my game plan and I wasn’t going to think about it. The truth is it’s hard not to think about the finish line and what comes with it, all that comes with getting a win out here.”

Grillo got as low as 19 under before bogeying the 12th and 14th holes to drop further back. He matched Poston’s 69.

Bezuidenhout birdied three of his final five holes to finish off a bogey-free 66 and grab the other qualifying position.

“Definitely a confidence booster,” Bezuidenhout said of the T2, his best career finish. “I’ve put in a lot of hard work over the past week, especially my golf swing and just overall my game, my fitness. My trainer is here as well. We’ve been doing a lot of good things over the past few months, so it’s nice to see the results coming through and the hard work is paying off.”

Christopher Gotterup (bogey-free 66) and Scott Stallings (70) tied for fourth at 17 under. Gotterup, a rookie making his fourth start as a professional, birdied each of his final three holes.

“Yeah, just more validation that I do belong out here,” Gotterup said. “And honestly, I didn’t have my greatest stuff this week. Hit it amazing, but just putted pretty poorly until coming down the stretch. So, yeah, you pick up things along the way.”

In a week when female players made astounding progress, all eyes were on the new LIV
Sport
1 month ago