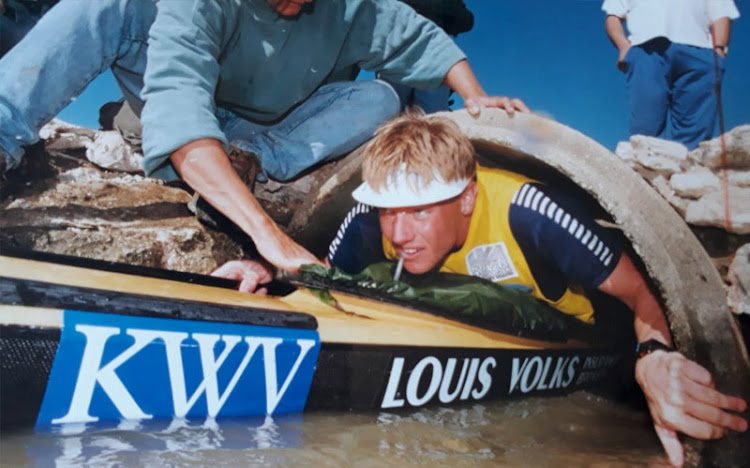 As entries poured in for the 61st Berg River Canoe Marathon from July 6-9, former winner Robbie Herreveld added his name for the race he dominated in the 1990s.

Herreveld, who was part of a strong Johannesburg contingent holding sway over the Berg, won it six times in succession from 1991 to 1996, a reign bettered only by Hank McGregor, who won eight back-to-back Berg titles.

Herreveld has relocated to Port Owen in Velddrif, on the Cape west coast, which is the finish of the Berg Marathon, and trains with the West Coast Canoe Club.

He had entered the 60th Berg in 2021 but was forced to sit out as he dealt with a Covid-19 infection. The popular paddler is back in 2022 for what will be his 12th Berg, and admits he is not as fit as he used to be for the tough four-day outing.

“I am going out to enjoy the race, the goal being to finish each of the four days as best I can,” said Herreveld.

“I haven’t done as much training as I would have liked, or the river tripping, or any pre-races, but I am looking forward to meeting up with my fellow paddlers.”

He raced his first Berg as a 17-year-old and won the first of his six titles at 19.

Study pressure portends a tough outing, though, as she has not had time for distance training
Sport
2 months ago