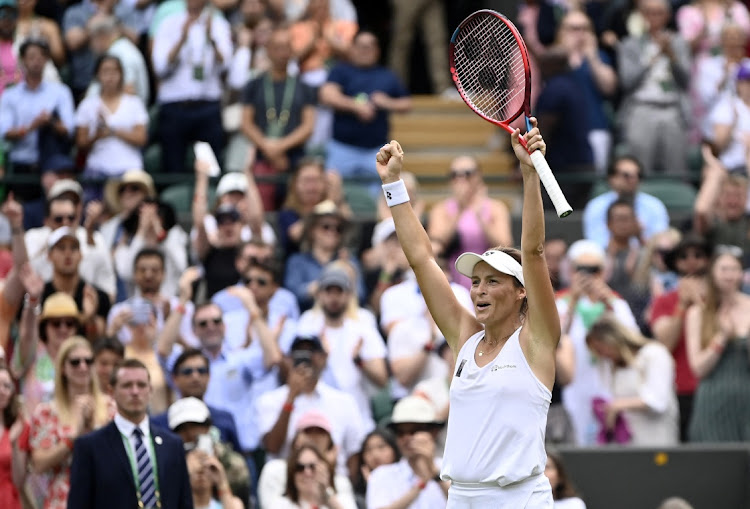 Germany’s Tatjana Maria continued her dream Wimbledon run as she battled from a set down to overcome former French Open champion Jelena Ostapenko 5-7 7-5 7-5 on Sunday and reach the quarterfinals of a Grand Slam for the first time.

It was the biggest victory for the mother of two who came back from maternity leave just under a year ago and she will play Briton Heather Watson or fellow German Jule Niemeier in the last eight.

The 25-year-old Ostapenko, who reached the semifinals at the grass court Grand Slam a year after her maiden Major title at Roland Garros in 2017, made a wobbly start by surrendering her serve early to trail 1-3.

But the Latvian immediately regained composure to level the scores before switching gears to go ahead 6-5 and took the first set after world No 103 Maria made unforced errors in crucial points.

Maria, at 34 the oldest player left in the women’s draw, had impressed in her stunning straight sets-victory over fifth seed Maria Sakkari in the last round and she hit back from 1-4 down in the next set before forcing a decider.

Having saved two match points in the second set at 4-5 and with the crowd behind her, Maria capitalised on a mistake from 12th seed Ostapenko to go up 6-5 in a see-saw third set before sealing the match on serve.