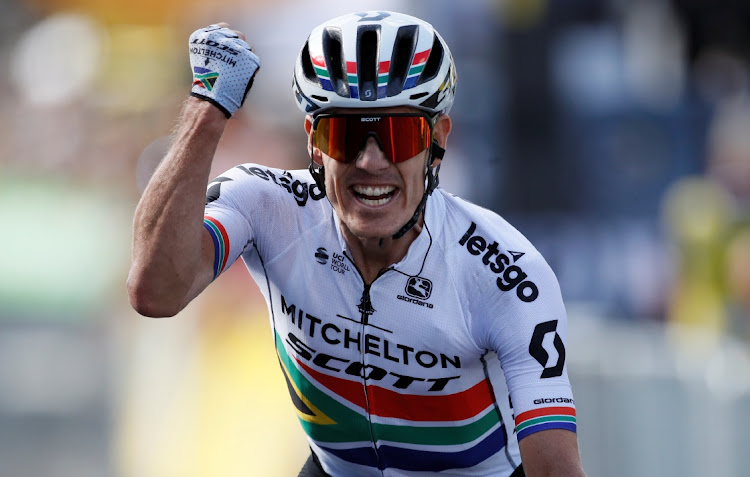 Daryl Impey was ruled out of the 2022 Tour de France on Thursday after it was revealed he was the second rider from his Israel-Premier Tech team to test positive for Covid-19.

Impey, a two-time stage winner at the Tour and the first South African to wear the leader’s yellow jersey, did not travel to the start of the race in Copenhagen after apparently coming into contact with someone who had contracted the virus.

Despite being asymptomatic, a test before he was due to travel confirmed he had the coronavirus. “Covid got me during the week,” said Impey from his home base of Girona, Spain on Thursday.

“No symptoms, nothing wrong and I’m healthy. It’s very, very frustrating for me because I worked really hard to get here, [then] winning a stage in Switzerland, knowing I was going to the Tour.

“Missing out on the Tour last year and the Olympics, I wanted to put that disappointment behind me and move on to the next phase. I feel 100%, but you need a negative antigen to get into the Tour. The team gave me until Thursday to see if I got over it.

“I’m battling to grasp it. I will get to spend more time with the family. If I think where I was last year, when I was in a wheelchair, there are some positives. It was good to know I was at that level. I’m just going to have to deal with it and look for the next goals. The world championships in Australia, to think about it and strategise it. It’s not time off. I am going to be the fittest guy on the beach in Girona.”

The South African had been hoping to take part in his ninth Tour, this time with friend and four-time Tour de France winner Chris Froome as a teammate for the first time. The two have been friends for many years and shared a room at the 2006 World Championships in Salzburg.

Froome, then riding for Kenya, crashed into a marshal during the under-23 time trial. Crashing into a marshal on a time trial bike takes some doing, and, for a few years, he was known as “Crash Froome” by Impey.

Kenyan-born Froome will head up a small contingent of African-born riders at the 109th Tour de France.

South Africans Reinardt Janse van Rensburg (Lotto Soudal) and Louis Meintjes (Intermarché-Wanty-Gobert) were named in the past few weeks. Janse van Rensburg had moved back to SA from Girona after failing to get a new contract for 2022 after Qhubeka-Next Hash failed to find a headline sponsor and dropped down from the World Tour.

At the age of 33, he had considered retiring, but two hours after landing in SA in April, Belgian outfit Lotto-Soudal came calling. “I kind of hoped that teams at some point realised they needed more riders, but these were testing times indeed. Hope and motivation started to wane. I accepted this was it, and I was going to retire. And then this opportunity with Lotto-Soudal came along and it was amazing,” Janse van Rensburg told cyclingtips.com.

“We were living in Girona. My wife and I packed everything up. We stored the important stuff and I sold my cycling stuff to fellow riders … I sold my car as well, and we booked a flight to SA. Two hours after I landed, I received an email from John Lelangue [the Lotto-Soudal GM] that he wanted to talk. That same day I had an offer on the table. I called my landlord in Girona again and told him to keep the apartment open because I was coming back.”

Finishing eighth in the 2016 and 2017 Tours de France marked Meintjes as Africa’s next great hope at the biggest race in the world, but he struggled for form after returning to SA outfit Team Dimension Data.

At the beginning of June, Meintjes, who will be starting his fifth Tour, won his first race in seven years at the Giro dell’Appennino, taking victory thanks to a 8km solo breakaway. He also finished sixth overall in the Criterium du Dauphine recently.