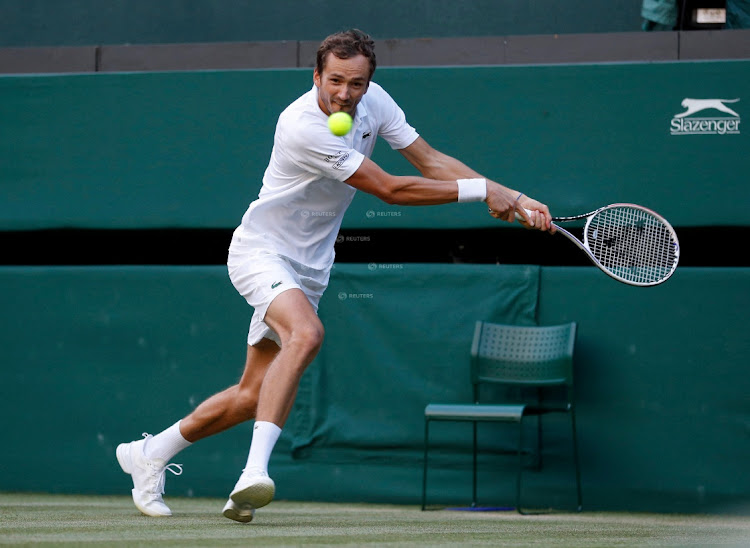 Russian Daniil Medvedev returned for a second stint as the men’s world No 1 on Monday, replacing Novak Djokovic at the top of the world rankings.

German Alexander Zverev rose to a career-high second spot with Djokovic slipping to third after his defeat to Rafael Nadal in the quarterfinals of the French Open, which the Serb won in 2021.

It was the first time since November 2003 that none of Djokovic, Rafael Nadal, Roger Federer or Andy Murray appear in the top two rankings spots in the men’s game.

Medvedev won his maiden Major title at last year’s US Open and also reached the 2022 Australian Open final. He was glad that his rise to the top spot was “step by step”.

“The No 1 is really tough because that’s where you need to be consistent throughout 52 weeks,” Medvedev, who lost to Dutch wild card Tim van Rijthoven in the final of the ATP 250 event in Netherlands on Sunday, told the ATP.

“I would say even if you win two, three Slams in a year but then you don’t play any other tournament you’re not going to get to No 1.”

Medvedev has yet to win a title in 2022 and he did not hide his disappointment with his performance in recent months.

“At the same time I still have the points that I earned through the tough process from last 52 weeks and I’m happy that it managed to be enough to be more than any other tennis player in the world right now,” he said.

Nadal is fourth in Monday’s latest rankings with Britain’s Andy Murray rising to 47th following his runner-up finish in Stuttgart.

Medvedev became the first player other than Djokovic, Nadal, Federer or Murray to top the men’s rankings in 18 years when he rose to the top at the end of February. But he lasted there for just three weeks before Djokovic, who was not allowed to defend his 2021 Australian Open title due to his unvaccinated status against Covid-19, reclaimed the spot.

The return to the top ranking will come as good news for Medvedev, who will be unable to compete at Wimbledon as Russian and Belarusian players are banned due to Moscow’s invasion of Ukraine.

And with Zverev recuperating from surgery due to torn ligaments in his ankle, it will mean the grass court Major will be without the top two ranked men’s players.

Despite his absence from Wimbledon, Medvedev could extend his lead at the top of the rankings as Djokovic will lose the 2,000 points he earned for his triumph in 2021. The men’s and women’s tours have stripped the tournament of any rankings points due to their exclusion of players based on nationality.

There were no major moves at the top of the women’s rankings with Poland’s Iga Swiatek, Annett Kontaveit of Estonia and Spaniard Paula Badosa continuing to occupy the first, second and third spots respectively.