‘Anybody who breaks a record will be rewarded double double,’ but no details given 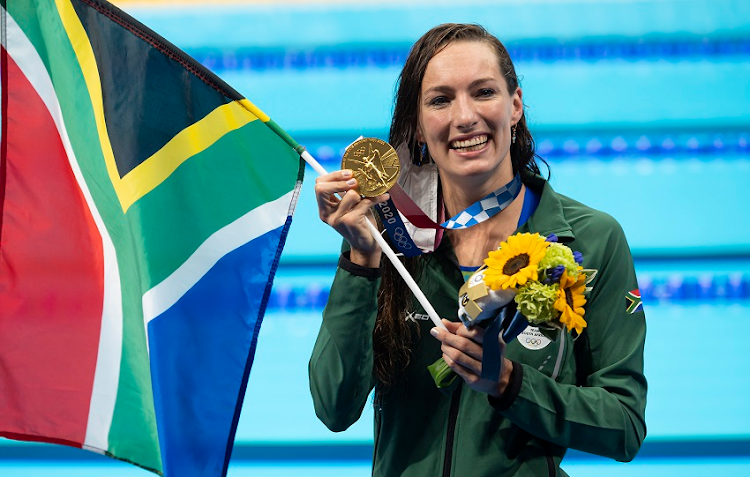 In an unprecedented move, SA athletes winning Commonwealth Games medals in Birmingham from July 28 to August 8 are to receive incentives.

Deputy sport, arts & culture minister Nocawe Mafu made the disclosure at the announcement of members of the team’s first batch of codes in Johannesburg on Wednesday.

“Anybody who breaks a record will be rewarded double double,” she added, without stipulating if she was referring to world records or Games records. She also did not give a value for the medal incentives.

When they have been on offer, incentives have been restricted to the Olympic Games and Paralympic medallists. But if the government is thinking of keeping the Tokyo 2020 tag of R450,000 for gold, R220,000 for silver and R100,000 for medallists, plus extra for their coaches, it could get expensive.

Since 1998, Team SA have won between 33 and 46 medals at each edition of the Commonwealth Games while the combined haul for the last three Olympics and Paralympics has ranged from 10 to 35.

The team to compete in Birmingham will feature more women than men, said chef de mission Lwandile Simelane, though she was unable to give a demographic breakdown because other teams have yet to be announced, such as athletics and the men’s hockey outfit.

The SA track and field side is competing at the African championships in Mauritius this week.

The deputy minister commented on the lack of transformation among the athletes who gathered on the stage at Olympic House in Johannesburg. They included Olympic breaststroke queen Tatjana Schoenmaker and one of swimming’s future stars, Pieter Coetzé, a schoolboy who is targeting medals in England.

Mafu, pointing out that Durban had initially been picked to host the 2022 Games before losing it, said Team SA should finish in the top two of the medals table. That will be a tough ask for a team that has bounced from fifth to seventh over the past six Games, finishing sixth last time out at Gold Coast 2018.

That is also a tough ask for a team whose financial support, at least for the Olympic and Paralympic codes, has faded substantially in the past decade.

Even so, there was a distinct air of optimism among the athletes representing the 16 codes named on Wednesday.

Schoenmaker was confident about SA’s chances of getting two swimmers onto each of the three women’s breaststroke podiums in Birmingham. Stablemate Kaylene Corbett, who finished fifth in the 200m behind her in Tokyo, will be a contender in the long race, while newcomer Lara van Niekerk has the potential to do damage in the 50m and 100m races alongside Schoenmaker.

“I definitely think we have a good chance in having both girls on the podium for all our events,” said Schoenmaker. “It could be a very good gala. We don’t put that pressure on ourselves, we’re just going to give our best, but I just have a feeling our best is going to be really good.”

Two of SA’s boxers, Simnikiwe Bongco and Phiwokuhle Mnguni, are looking to change their code’s flagging fortunes, winning only one medal at the past three Games compared to six, including a gold, at the previous three from 1998 to 2006.

“I’m going for gold,” said Bongco. “We have a tradition of good boxers in Duncan Village [in East London], but I’ll be the first one to ever go to the Commonwealth Games. It’s time to make history.”

They were confident they could handle the pressure of living up to expectations. “We can handle pressure,” said Mnguni, from Dundee in KwaZulu-Natal. “We have to improve ourselves.”

The SA women’s hockey team have had a tough time of late, but Phumi Mbande, co-captain alongside Bernadette Coston, said they were upbeat after the recent return of former coach Giles Bonnet.

“I think there’s a lot of excitement because Giles brings so much experience, so much knowledge. He’s come at a time when players really need inspiration and belief in ourselves. He’s out to get results and he really does find a way of bringing the best out of the teams he works with,” she said, adding that Lisa-Marie Deetlefs has come out from retirement to work again with Bonnet.

“Even though we aren’t centralised we’re training like we’re going to make the top six in the world. He instils a lot of go hard, give hard, you’ll get the results at the end.”

Netball skipper Bongi Msomi said it was time to reach the medals, especially with the 2023 World Cup in Cape Town looming.

At the 2019 World Cup her team narrowly lost a couple of key games. “There are a few times where we’ve been close enough, we just haven’t been finishing the games. The idea this time about is to be close and to finish.”

The total team size, including support staff, is expected to be 300.