Six-time Major winner, returning to the game after a self-imposed hiatus, refused to reveal if he had been suspended by the PGA Tour 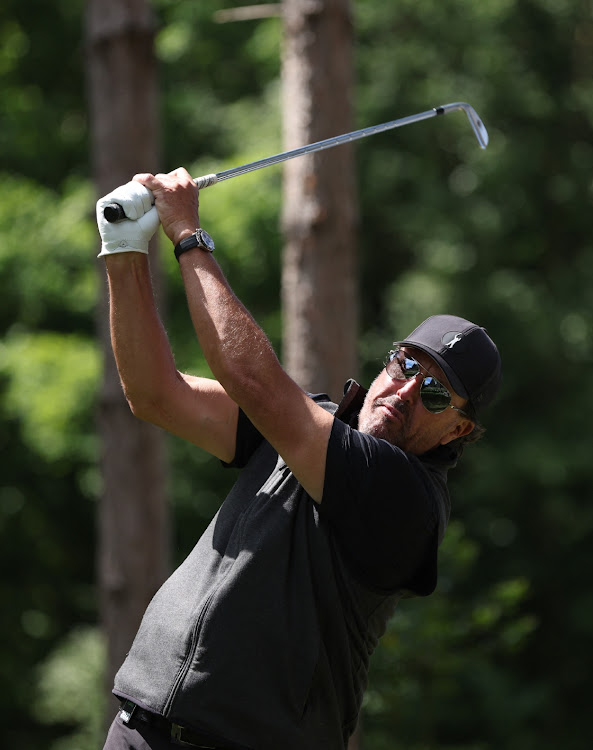 St Albans - Six-time Major champion Phil Mickelson said on Wednesday he will not follow Dustin Johnson in quitting the PGA Tour as he prepares to feature in the opening event of the Saudi-backed LIV Golf Invitational Series.

Former world No 1 Johnson and fellow American Kevin Na have both resigned from the PGA Tour to play in the controversial breakaway circuit, which is bankrolled by Saudi Arabia’s Public Investment Fund and offers a total prize fund of $255m.

“I earned my lifetime membership and I don’t want to give that up, I don’t believe I should have to,” Mickelson told reporters on the eve of the opening event at the Centurion Club near London.

The 51-year-old, coming back after a self-imposed hiatus from the sport following a backlash over his comments on the LIV Series, refused to reveal if he had been suspended by the PGA Tour.

“I choose not to speak publicly on PGA Tour issues at this time,” he said.

In February, Mickelson called out the PGA Tour for their “obnoxious greed” and said that the threat of the Saudi-based league had already prompted organisers to distribute more money to the players.

“I have a lot of strong opinions on things that should and could be a lot better. One of the mistakes I made is voicing those publicly. So I will make an effort to keep those conversations behind closed doors,” he added.

Mickelson also declined to confirm if he was receiving $200m to compete in the LIV Golf events, saying that contract agreements should be private.

Asked about the alleged human rights abuses by the Saudi Arabian government, Mickelson said he did not condone such actions and that he was hopeful  the new circuit would have a positive impact.

“I’m certainly aware of what has happened with Jamal Khashoggi and I think it’s terrible. I have also seen the good the game of golf has done throughout history and I believe LIV Golf is going to do a lot of good for the game as well,” he said.

Khashoggi was killed after entering the Saudi consulate in Istanbul in October 2018, with a US report last year saying that Crown Prince Mohammed bin Salman had approved the operation to kill or capture the Washington Post journalist.

The Saudi government has denied any involvement by the crown prince and dismissed the report’s findings.

Mickelson, who missed his title defence at the PGA Championship last month, confirmed he will play in the US Open next week after the US Golf Association announced it would not punish those who had signed up for the LIV Series.