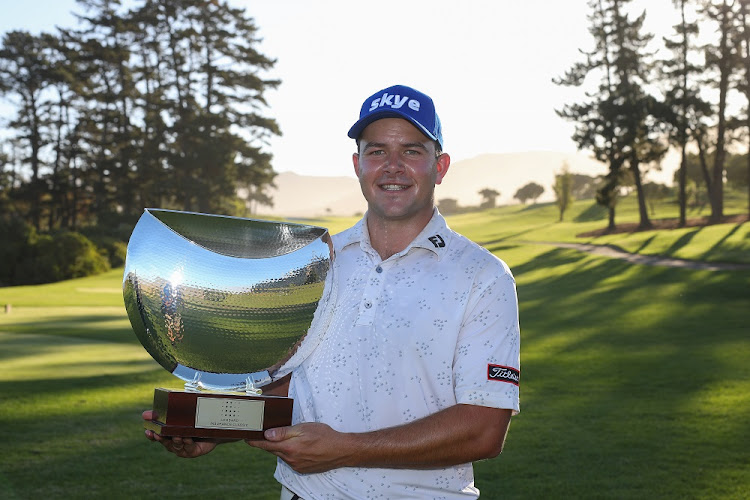 Kleinmond — Herman Loubser claimed his maiden Sunshine Tour title when he beat Ockie Strydom in a playoff for the Lombard Insurance Classic at the Arabella Country Estate on Sunday.

The Modderfontein golfer, who had to qualify for this tournament and did so with a second-place finish, came through regulation play tied for the lead with Strydom on seven under par. Strydom closed with a 68 and Loubser signed for a 69.

Playing the par-five 18th again as the first playoff hole, both golfers made par. But on the second attempt Loubser found the birdie he was looking for as he chipped in for the title.

“It hasn’t kicked in yet. But I had a drink from the trophy, and it tasted so sweet,” said Loubser.

Keith Horne finished third on six under par with a final round of 74.

Loubser turned professional in 2017 after winning the Qualifying School. He was a winner on the Altron Big Easy Tour in 2020 but had to return to the Sunshine Tour Qualifying School after losing his card just before the Covid-19 pandemic hit.

“That was tough. I sat out for two years watching my friends do well on tour and knowing I had the game to be there as well. I worked hard last year and felt like I came into this event ready,” he said.

Going up against the more experienced Strydom in a playoff was also a further test of Loubser’s resolve.

“I know Ockie really well and have played with him a lot before. He’s such a great ball striker and it was intimidating. I also haven’t had a great record in playoffs. But I got it done,” said Loubser, who leaves on Monday for the next Sunshine Tour event in the FBC Zimbabwe Open.

“I’m into the bigger tournaments now which is massive for me. I can plan my schedule a bit better. You don’t know if you’re good enough to do it out here until you do it. Now I know I’m good enough to be out here, and hopefully there will be a few more,” he said.