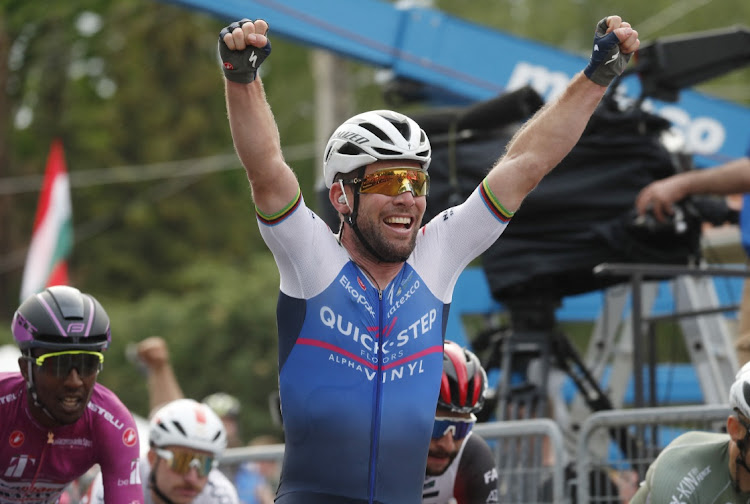 Mark Cavendish celebrates winning a stage in the Giro d'Italia, in Hungary, May 8 2022. Picture: BERNADETT SZABO/REUTERS

Kaposvar — Mark Cavendish marked his return to the Giro d'Italia with a commanding sprint on stage three of the Grand Tour race, a 201km ride from Kaposvar to Balatonfured, on Sunday as Dutch rider Mathieu van der Poel retained the overall lead.

Cavendish, riding for QuickStep-AlphaVinyl, was given the perfect lead-out by Michael Morkov with just under 300m remaining and comfortably out-sprinted the peloton to cross the line in a time of 4hr 56min 39sec.

The Manx rider claimed the 16th Giro d’Italia stage win of his career, nine years after his last, in Hungary before the race moves to Italy for stage four in Sicily on Tuesday.