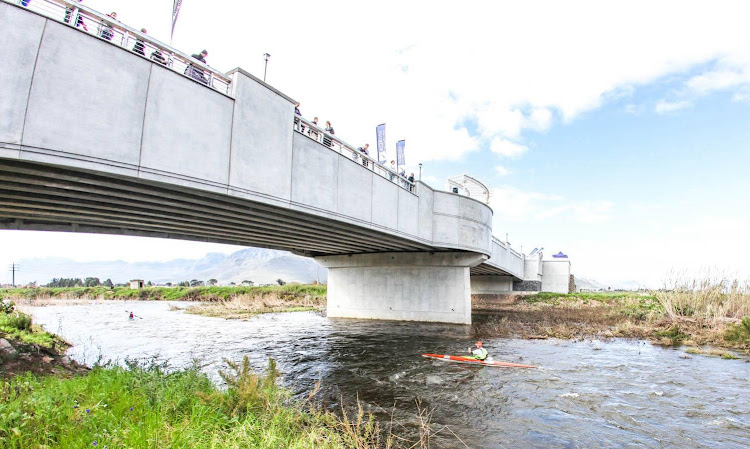 In announcing the change of the race start venue from the Market Street Bridge in Paarl, the event organisers said the move was part of an ongoing evolution of the race, seeking to add value and offer better facilities to the paddlers and their support crews.

The new start will make the race 2,9% longer and adds distance to the first stage that had been shortened by 8km by the move of the overnight stop from Zonquasdrift to Delsma in 2021.

Val de Vie established itself in canoeing circles by hosting the start of a canoeing event in 2019, introducing a section of the Berg River from Val de Vie’s Berg River bridge to Market Street bridge in downtown Paarl that had previously never been included in any major canoeing races.

“Paddlers enjoyed the section from Val de Vie into Paarl, which prompted us to reach out to Val de Vie to host the start of the iconic Berg marathon in 2022,” said race director Brandon Macleod.

“Ryk Neethling and Val de Vie have been very enthusiastic and supportive and it promises to help us take the start of the Berg to a whole new level,” he added.

“The Val de Vie start offers us a spectacular location with better facilities and security for paddlers and their families,” said Macleod.

“It also helps restore the first stage to its traditional 60km distance as well,” he added.

Ryk Neethling, Val de Vie’s marketing director, said  the prestigious development, one of the leading wellness estates in the world was delighted to become the host of the race start, having already established itself as a hub for avid adventurers by hosting the Grand Finale of the Absa Cape Epic for the past five years.

“We are pleased to start an association with the Berg River Canoe Marathon, a canoeing race that has an enviable reputation as one of the toughest paddling races in the world, and an event that is on every paddler’s bucket list,” said Neethling.

“We will do everything we can to make the start of the race memorable for the paddlers and their families, sharing some of the unique appeal of Val de Vie before they set off on the signature first stage of the Berg Marathon,” he added.

Macleod said the race would make sure that spectators who traditionally enjoy being part of the start of the Berg by watching at the Market Street Bridge will not be let down.

“We want to look after the race’s traditions while constantly looking at ways to make it a better experience, safer and more contemporary,” he said.

“We will make sure the spectators coming down to Market Street Bridge enjoy the same atmosphere and we look forward to giving them the first look at the early leaders as they come into Paarl after half an hour's racing,” he said.