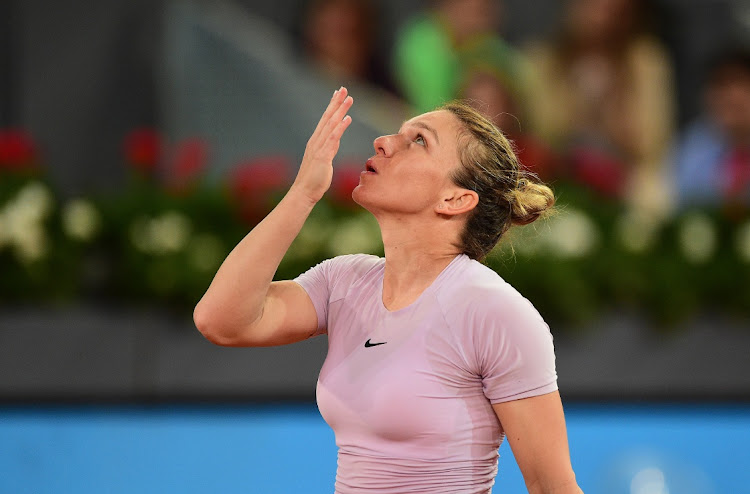 Former world No 1 Simona Halep stepped up her French Open preparations with a 6-4 6-4 victory over American Coco Gauff to march into the quarterfinals of the Madrid Open on Monday while Andy Murray won on clay for the first time in five years.

Halep, who won the French Open in 2018 and the Madrid title twice, is unseeded after her ranking fell in 2021 due to a series of injuries, but she has yet to drop a set in the tournament this year.

The Romanian, now ranked 21 in the world, was at her aggressive best on the red clay and showed determination to win the longer rallies but was unable to break until the US teenager made a series of unforced errors to go down 5-4.

Halep served out the set but it only fired up Gauff as the 18-year-old suddenly grew in confidence and found success at the net to race into a 3-0 lead in the second set.

But the Romanian counterpuncher quickly recovered and fought back as Gauff’s error count continued to climb, breaking twice to go up 5-4 before wrapping up the contest in 77 minutes.

“I felt like I played exactly what I had to play. In the second set she changed a little bit,” Halep said.  “She’s been more aggressive and it was not easy to adjust, but in the end I pushed her back and I did what I wanted to do … We played a few times so I knew what to expect.”

Halep will face Tunisian eighth seed Ons Jabeur who beat Belinda Bencic 6-2 3-6 6-2 in an earlier match the final set of which was played under the roof due to rain.

“Just a reminder guys, Simona won against Paula [Badosa in the previous round] and she’s Spanish. So if she wins you have to cheer for me,” Jabeur said.

In the first round of the men’s tournament, wildcard Andy Murray came out on top over Dominic Thiem, who has struggled since his comeback from a wrist injury which prevented him from defending his US Open crown last year.

Thiem, who spent eight months on the sidelines, was playing only his fourth match this year and the Austrian — winless in 2022 — was far from his best. Thiem made 33 unforced errors, most from his forehand.

Murray was the sharper of the two players and after winning 6-3 6-4 the Scot — who recovered from a hip surgery that nearly ended his career — gave Thiem words of encouragement.

“I hope you feel better soon,” Murray told Thiem at the net. “I’m glad to see you back. Keep going, it takes a lot of time but you’ll be fine.”

Earlier, Italian 10th seed Jannik Sinner made a great escape when he fought back from a set down and then saved three match points to dispatch American Tommy Paul 6-7(4) 7-6(4) 6-3 in a three-hour battle to move into the second round.

“It was a very difficult situation. I was up in the first set 5-2 and then I lost it,” said Sinner, who will next face Alex de Minaur. “He played a very good tiebreak. I made a couple of unforced errors at the beginning and the second set was kind of a roller-coaster also.”