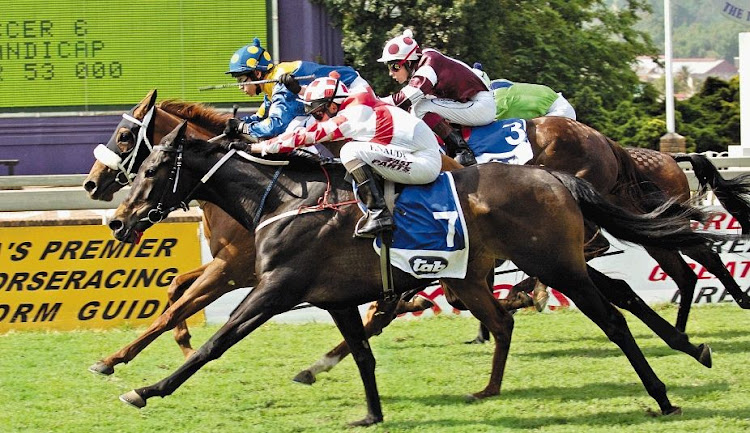 It has to be described as a remarkable transformation in the sport. Racing has had its top female trainers — Jean Heming and Anne Upton are two who spring to mind — but the sending of two of the best fillies in the country to Ashley Fortune for a grade 1 race can be described as momentous.

At the tender age of 21, Upton became the second female to be granted a trainer’s licence in SA.

The message from the lady who has sent out 45 winners this term is that both fillies are ready to fire at the city track. “Thankfully after all the rain, I’ve managed to get some work into them. It is great for the stable that they’ve been sent to us.”

Fortune said it was a bonus that both fillies are drawn favourably: Zarina is drawn in pole and Princess Calla right next to her.

This 1,600m event was scheduled for April 16 but was postponed for a week due to a waterlogged track.

Princess Calla is the worthy 2-1 favourite for the race and it would be no surprise to see those odds shorten markedly before the “off”.

The daughter of Flower Alley showed her wellbeing when winning at Kenilworth in January with her regular pilot Anton Marcus in the saddle.

However, Marcus has lost the ride to Fortune’s stepson Aldo Domeyer on Saturday. He has visited the highveld often in recent weeks and will have kept close tabs on Princess Calla.

Though Marcus is a guy who keeps his cards close to his chest, he can’t be happy to have lost the ride. He is usually involved in all the big races and the jockey’s winning percentage of the first prize of R781,250 is not to be sneezed at.

Marcus has been engaged for She’s a Keeper, and Gareth van Zyl’s mare may do better than many pundits predict. Her Paddock Stakes run when — ridden by Bernard Fayd’Herbe — she finished less than two lengths behind Captain’s Ransom, was a fine performance.

It could pay to take a quartet double floating Princess Calla and She’s a Keeper with Zarina, Sparkling Water, Sprinkles, Sentbydestiny and Bold Fortune.

Keagan De Melo is reunited with Zarina and he was in the irons when the 75-1 chance did bookies a big favour when just snaring Princess Calla in the Garden Province Stakes at Greyville.

Zarina finished more than two lengths behind Princess Calla in the Majorca Stakes and there is no reason why that form shouldn’t be confirmed.

Sparkling Water — which was advised as an each-way punt for the Hollywoodbets Durban July in February when a 33-1 chance — will be doing her best work late in Saturday’s race but may have to settle for a minor placing. It’s in her favour that she’s built a good rapport with S’manga Khumalo.

Another of Flower Alley’s daughters, Bold Fortune, has proved a bargain buy at R45,000 and boasts six wins from 14 starts. Trainer Stuart Pettigrew has never rated his geese as swans, so his taking on the big girls is an indication he feels the four-year-old will be competitive. Jockey Diego De Gouveia will have to overcome the worst draw.

This is probably the optimum trip for Sentbydestiny, so Candice Dawson’s grade 1 winner has prospects of earning a cheque. The fifth-placed finisher will earn R31,250.

Muzi Yeni does not have a mount in the big race so will be keen to win the supporting feature, the Spook Express Stakes, on Robbie Sage’s mare She’s A Cracker.

With five placings in her last seven outings, She’s a Cracker is finding the No 1 box elusive and may again find one too good for her in Quiet Rebellion.

Another useful inmate of the Pettigrew stable, Quiet Rebellion is a lightly raced daughter of Silvano, who has to be a leading fancy with just 50kg on her back. Others who warrant inclusion in exotic perms are Opera Glass and Smoking Hot.

Paisley Park will be a popular fancy with punters when she lines up for the sixth race, with Sean Tarry’s four-year-old sure to be at his peak after two runs this year. A fourth win would be timely as Klawervlei Stud (as agent) are offering his half-brother by Pomodoro at next week’s National Yearling Sales.

• Altogether 68 horses have been nominated for the Hollywoodbets Durban July to be run at Greyville on July 2. It includes 13 grade 1 winners and three previous winners of the famous race.