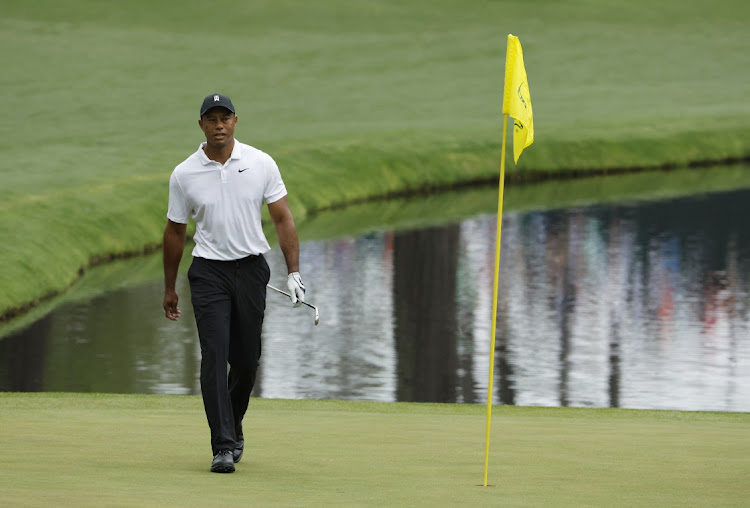 Tiger Woods of the US on the 16th green during a practice round at the Augusta National Golf Club on April 6 2022 . Picture: REUTERS/JONATHAN ERNST

Tiger Woods will mark his return to competition at this week’s Masters at 4.34pm SA time on Thursday in a group with South African Louis Oosthuizen and Chilean Joaquin Niemann, according to the starting times released on Tuesday.

Five-time champion Woods, who suffered career-threatening leg injuries in a car crash in February 2021, was in the day’s 14th group set to go off the 445-yard par-four first hole at Augusta National for 2022’s first Major.

The next group off the first tee will feature world No 1 Scottie Scheffler, 2013 champion Adam Scott and Tony Finau, who has three top-10 finishes in four Masters appearances.

Betting favourite and world No 2 Jon Rahm will go out in the third-to-last group along with Will Zalatoris, who in 2021 finished runner-up on his Masters debut, and reigning PGA Tour player of the year Patrick Cantlay.

The days’ final group will feature England’s Matthew Fitzpatrick, four-times Major champion Brooks Koepka and Rory McIlroy, who with a win this week would complete the career Grand Slam of golf’s four majors.