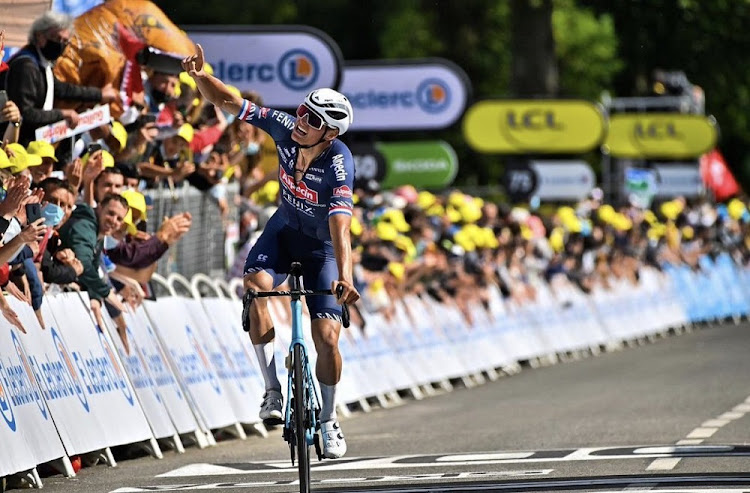 Mathieu van der Poel kept his cool in a tense finale to claim his second Tour of Flanders title in a thrilling sprint finish on Sunday.

The Dutch rider, who had followed Tour de France champion Tadej Pogacar’s accelerations, produced a late burst with 250m to go to win the race.

Pogacar, who was chasing his third Monument title but competing in the Flanders classic for the first time, was visibly angry after crossing the finishing line but could only blame himself for making the wrong decisions when it mattered.

He paid the price for not launching the sprint while in an ideal position, wasting all the hard work he had put in earlier in the 272.5km race.

A brutal acceleration by the 23-year-old during the mid-race climb up the Oude Kwaremont, 60km from the finish, blew the favourites’ group apart.

On the next hill, the Koppenberg, Pogacar attacked again and only Van der Poel and Madouas managed to follow.

The chasers, among which featured Britain’s Tom Pidcock, were hovering about 40 sec behind.

In the third and last climb up to the Oude Kwaremont, Van der Poel was the only one able to follow Pogacar.

The Slovenian left his rival gasping in the last ascent of the day, up to the Paterberg, but the Dutchman managed to stay on his wheel.

The duo had 30 sec on Van Baarle and Madouas but the cat-and-mouse game between Pogacar and Van der Poel started and the two chasers caught up with them.

Van der Poel waited until that moment to start his sprint and Pogacar was boxed in, missing out on a deserved podium finish.