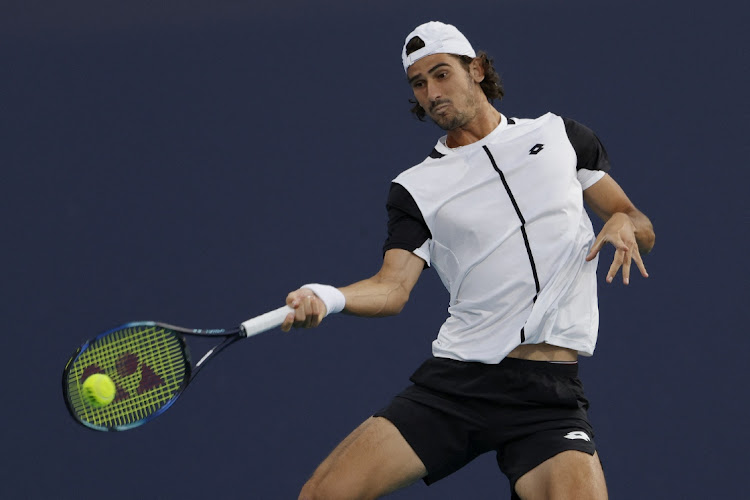 SA’s Lloyd Harris reached the round of 16 at a Masters 1000 for the first time when he beat Yoshihito Nishioka of Japan in the Miami Open third round on Monday.

The South African was on the ropes serving at 4-4 in the final set having to save break points three times. At 5-5, Harris again saved two break points, and then took his opportunity on his first match point in the next game.

Harris dished up 19 aces to Nishioka’s two — a statistic that proved vital in the final outcome.

Next up for Harris is defending champion and eighth seed Hubert Hurkacz from Poland, who beat 29th seeded Aslan Karatsev 7-5 4-6 6-3.

At the same time top seed Daniil Medvedev moved a step closer to reclaiming the world No 1 ranking as he beat Spaniard Pedro Martinez 6-3 6-4  to reach the last 16 while Naomi Osaka cruised into the quarterfinals of the women’s draw.

Medvedev, who can replace Novak Djokovic on top of the world rankings if he reaches the Miami semifinals, fired down 14 aces, won 79% of his first-serve points and broke Martinez three times to secure victory in 84 minutes.

“I managed to just make a few less errors at important moments, serve even better, and it was a small margin but I managed to win and I’m really happy.”

Up next for the Russian, who lost his world No 1 ranking after a surprise third-round loss at Indian Wells two weeks ago, will be American Jenson Brooksby, a 6-3 5-7 6-4 winner over Spanish 15th seed Roberto Bautista Agut.

Japan’s Osaka reached the quarterfinals for a second consecutive year with a 6-3 6-4 win over American Alison Riske during which she won 70% of her first-serve points and recovered after falling behind 2-0 in the second set.

After the match the unseeded Osaka said she is in a different state of mind than in 2021 when arriving at the Miami Open ranked second after winning the Australian Open.

“It’s really funny for me because last year I made it to the [Miami] quarters too but it was after I won Australia and I wasn’t that grateful, I kind of expected to win,” said Osaka.

“But I’m in the same position this year and I am so like, this is really like one of the funnest times of my life.”

Citing the fulfilment of her tennis goals and fatigue with the Tour, the Aussie walks away with 15 titles to her name
Sport
4 months ago

New rule to start at French Open, where Novak Djokovic is allowed to defend his title as France lifts Covid-19 restrictions
Sport
4 months ago

‘Fedal’ comeback on the cards for Laver Cup

‘Fedal’ comeback on the cards for Laver Cup