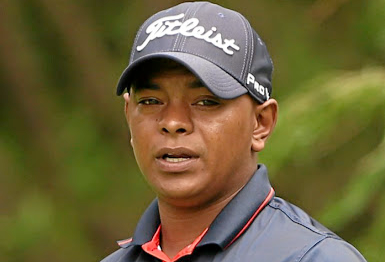 Keenan Davidse is moving in the right direction in terms of the hard work he has put into his game, and this week’s MyGolfLife Open hosted by Pecanwood offers another big opportunity for the South African to take the next step in his career and realise the dream he has been chasing.

The first of two new DP World Tour events on the Sunshine Tour tees off at the Pecanwood Golf & Country Club on Thursday.

With this week’s field a level up from the Challenge Tour co-sanctioned fields of the past few weeks in SA, Davidse has the perfect opportunity to test his good form in those events against the likes of DP World Tour winners Dean Burmester, George Coetzee, Thriston Lawrence, Daniel van Tonder, Justin Harding, Brandon Stone and a strong European presence as well.

He comes into this week with finishes of tied fourth and tied sixth in his last two Challenge Tour co-sanctioned events, which has seen him move into eighth place on the Challenge Tour’s Road to Mallorca rankings, and well within the top 20 that will gain automatic qualification to the DP World Tour at the end of this season.

He has also decided to take up Challenge Tour membership for the first time and commit to his dream of playing internationally.

“I’ve always told myself I want to play on different tours but I’ve never had the guts to sign up for membership. My friend convinced me to sign up for Challenge Tour membership now and I’m lying well on the rankings at this point in the season.

"So it’s onwards and upwards for me now. I just want to work hard and keep enjoying my golf. I’m chasing a dream now,” said Davidse.

Davidse is also preparing to become a father for the second time, and is more motivated than ever to take his career onto the international stage.

“The due date for our second boy is March 28. We’re really excited about that. I’m just going to take what I have and trust that I can achieve this dream. It doesn’t matter if I have to sleep in a bunker or drive through the night to tournaments. I’ll do it.

"I’ve never worked this hard on my game. I want to take that next step now, and also set an example for my kids that it’s about hard work, dedication and following your dream. I’ve always had the game to compete. I’ve never doubted this.”

The MyGolfLife Open significantly enhances SA golf’s global footprint and brings international golf back to a venue that opened in 1996 as the country’s first Jack Nicklaus signature golf course.