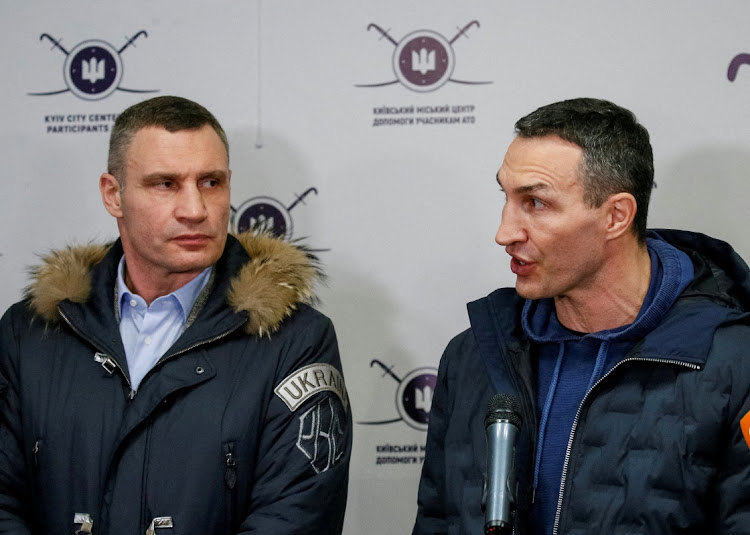 Former world boxing heavyweight champion Wladimir Klitschko has lauded the sports community for coming together to ban Russian and Belarusian athletes after the invasion of his country, Ukraine, last week.

Since the beginning of what Russian President Vladimir Putin has called “a special military operation”, Russian and Belarusian teams and athletes have been frozen out of international events by many sporting bodies.

Belarus has been a key staging area for Russia’s invasion of Ukraine.

“Ban Russian teams from participating. I have nothing against the athletes but they are [re]presenting the regime and in some way the connection with this war,” Klitschko said.

Klitschko and his brother Vitali, also a former world heavyweight champion and now the mayor of Kyiv, have both taken up arms against invading Russian forces.

“It’s a very challenging time in the lives of Ukrainians. I was never thinking I’m going to face the war,” Wladimir Klitschko said. “You see and hear the explosions, the rockets, the destroyed vehicles, buildings — it’s absolutely terrifying what the war can do. I’m proud of the Ukrainian nation. Everyone stands for each other. I have never been as proud to be Ukrainian as now.”

Ukraine’s WBA, WBO, IBF and IBO champion Oleksandr Usyk is fighting the battle for the future of his nation, having joined the territorial defence battalion in Kyiv. Former tennis player Sergiy Stakhovsky has also enlisted in Ukraine’s reserve army.

From swimming to badminton, rugby and football, sportspeople have been banned from events
Sport
4 months ago