Winner decides to go to the front and stay there 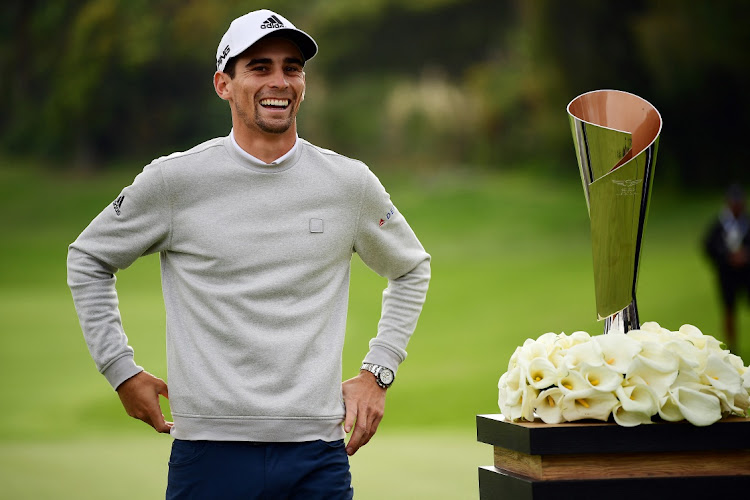 Joaquin Niemann figured out the best way to avoid Los Angeles-area traffic, staying ahead of the pace while going wire-to-wire to win the Genesis Invitational at Riviera Country Club in Pacific Palisades, California.

Niemann, a native of Chile, fired a closing round of even-par 71 on Sunday to finish at 19-under 265, two shots ahead of Cameron Young (70) and local fan favourite Collin Morikawa (65), who hails from nearby La Canada Flintridge.

“Obviously it’s the toughest tournament, I think, during the year,” Niemann said. “It's got the best field, the best players are here and that proves [to] myself that I can be competing with the top guys, I can be up there in the world ranking. I think it’s going to give me a lot of confidence for what is coming next.”

Niemann, 23, became the first wire-to-wire winner of the event since Charlie Sifford in 1969. It was also his second career victory after winning at the A Military Tribute at The Greenbrier in White Sulphur Springs, West Virginia, in 2019.

After blistering the historic Riviera course 16-under par through the first two rounds, Niemann backed off the throttle to shoot 3 under on Saturday before Sunday’s controlled final round.

“This weekend took me forever; it felt like a month,” Niemann said. “I am so happy it’s finally done. I’m really proud of the way we battled with my caddie Gary [Matthews]. All of the hard work, there is nothing like this. This is amazing.”

Morikawa, in just his third tournament on US soil since the Ryder Cup in September, made a late charge on Sunday after he was as far back as eight shots at one point. He was 2 under through the first nine holes before he chipped in for an eagle 2 at No 10.

Morikawa had birdies at Nos 16 and 17 but missed a birdie putt at 18 that would have pulled him to within one of the lead.

“You know, I just had to put together a few better rounds and make a few less mistakes, but overall, I’m happy with the way things kind of played out,” Morikawa said. “Wish I had that putt on 18 again, but it is what it is.”

After shooting even par on the front nine, Young had a wild ride on the back. He had a bogey at No 10 before a birdie at 11. His roller-coaster continued with a birdie at No 15, a bogey at 16 and a birdie at 17. Young, who started the day alone in second place, had the round of the tournament with a 62 on Friday.

“Overall, you finish tied for second at Riviera, I can’t complain,” Young said. “I mean, I’m lucky just to be here and I know it does some good things for me going forward, so I am happy with the week, for sure.”

Hovland started the day alone in third place but was six shots off the lead. All hope for getting into contention late was lost when he went 2-over par on a five-hole stretch from Nos 12 to 16.

Justin Thomas shot 70 and finished alone in sixth place at 13 under, while Maverick McNealy and Scottie Scheffler were tied for seventh at 12 under after carding 69s.