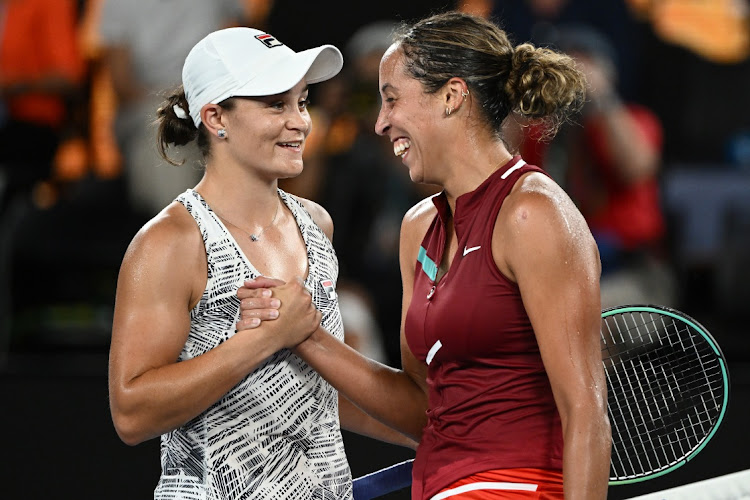 Ash Barty stood one win away from ending Australia’s 44-year wait for a home-grown champion after she defeated American Madison Keys 6-1 6-3 in the Australian Open semifinal on Thursday.

The Wimbledon champion continued her remarkable run over the past fortnight at Melbourne Park and reached the final without dropping a set, losing just 21 games in six matches.

Victory on Saturday would make Barty the first local to win the Australian Open since Chris O’Neil in 1978. She is the first Australian to reach a final at home since Lleyton Hewitt in 2005

She will play American 27th seed Danielle Collins in the decider and said she cannot wait to play on Saturday. “Absolutely. Let’s do it,” a beaming Barty said on court. “It is unreal. Honestly, it is just incredible.

“I love coming out here and playing in Australia and, as an Aussie, we are exceptionally spoiled that we are a Grand Slam nation [and] we get to play in our backyard and I am just happy that I get to play my best tennis here.

“I’ve done well before and now we have a chance to play for a title. It is unreal.”

She paid tribute to her US opponent, who endured a difficult 2021 but started the season brightly.

“It is just so nice to see her back where she belongs. She is an amazing human being,” she said. “You see the way she carries herself on the court. She smiles and she gives it her best.

“But I love most that she is a great person. We really respect her and we love her.”

Collins showed she will provide a formidable obstacle to Barty’s hopes with a crushing 6-4 6-1 defeat of Poland’s Iga Swiatek to reach her first Grand Slam final. The 30th ranked Collins produced an equally dominant display to give the former French Open champion no chance.

World No 1 Barty will be the overwhelming favourite on Saturday but the 28-year-old Collins, a product of the US college system and twice an NCAA champion, showed against Swiatek that she can mix it with the best.

She made a lightning start on the Rod Laver Arena, overwhelming Swiatek with her power and aggression to race into a 4-0 lead. The seventh seed responded to claw back some of the damage but Collins held firm to close out the set.

It was a repeat show in the second set as a dominant Collins, who elected not to sit down at changeovers such was her eagerness to get the job done, again roared 4-0 ahead.

This time there was no counterattack by Swiatek as Collins, showing no nerves as her date with destiny loomed, wrapped up victory on her second match point in 78 minutes.

“It feels amazing. It has been such a journey. It is so many years of hard work,” Collins, who last April required emergency surgery for endometriosis, said on court. “It is incredible to be on this stage, especially after all the health challenges. I couldn’t be happier.”

On trying to prevent Barty becoming the first Australian to claim the title for 44 years, Collins sounded undaunted. “We’ve had some incredible battles over the years,” she said. “To play the world No 1 in her home country will be spectacular.

“The energy the crowd will bring, whether it’s for me or against me, it will be incredible.”