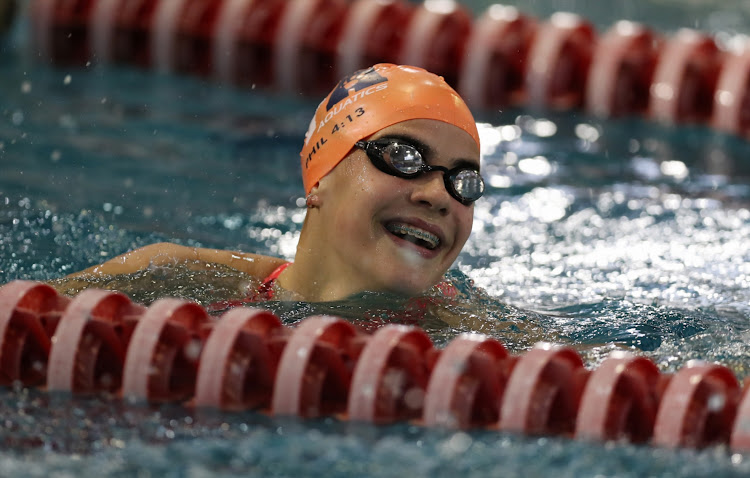 Rebecca Meder and Guy Brooks emerged as the stars of the first major swimming meet of the year as the three-leg SA Grand Prix series kicked off in Mbombela, Mpumalanga.

The meet was about more than chasing great times and titles. It was about diving into a new year of racing after a tough week of training.

“Especially to flush out all the Christmas food and New Year’s Day and all of that,” said Meder. “It’s so exciting to race in the new year.

“For me, the grand prix went really well after a hard week of training leading up to it.

“It was exciting to see my times were better than this time last year and I did more events this time than I did last year, so I’m on track for where I want to be.

“For me, this grand prix is always important. It’s always about seeing where you are and getting back on track and hitting times with tired bodies.

“It’s the stepping stone for the Stellenbosch Grand Prix, Durban Grand Prix and then ultimately Commonwealth Games trials, which are at senior nationals.”

Another important part of the meet is talent identification ahead of the new Olympic cycle.

Swimming SA’s high performance manager Dean Price said: “This was a training camp and grand prix and the focus for this one was younger swimmers, so we’re looking at 13, 14 up to 18.

“The philosophy of the camp is train and race, where we train hard for a week, expose the kids to other competitors and different training programmes, and at the end of the week we put them up and race them together to see how tough they can be and handle adverse situations and get up and perform.

“This gives us a good indication of the athletes who can handle things and have potential to be part of our programme going forward for the next Olympic cycle going into Paris 2024.

“We were very happy with the results. There were some good swims, and we picked up on some kids who showed a lot of potential. We’re really excited about the future of swimming in SA,” said Price.

Joshua Prince took multiple titles in the boys 13 and under category, while Scarlett le Roux was a standout swimmer for the girls 13 and under.

The action moves to Stellenbosch, where the next event in the series will take place from February 18-20, with the final grand prix scheduled for KwaZulu-Natal in March.

All 27,000-odd stakeholders in the Games will be sealed inside a ‘closed loop’ for the upcoming event
World
2 weeks ago

The move stops short of joining a US-led diplomatic boycott of the Games, but one nonetheless likely to deepen tension with China
World
4 weeks ago
Next Article